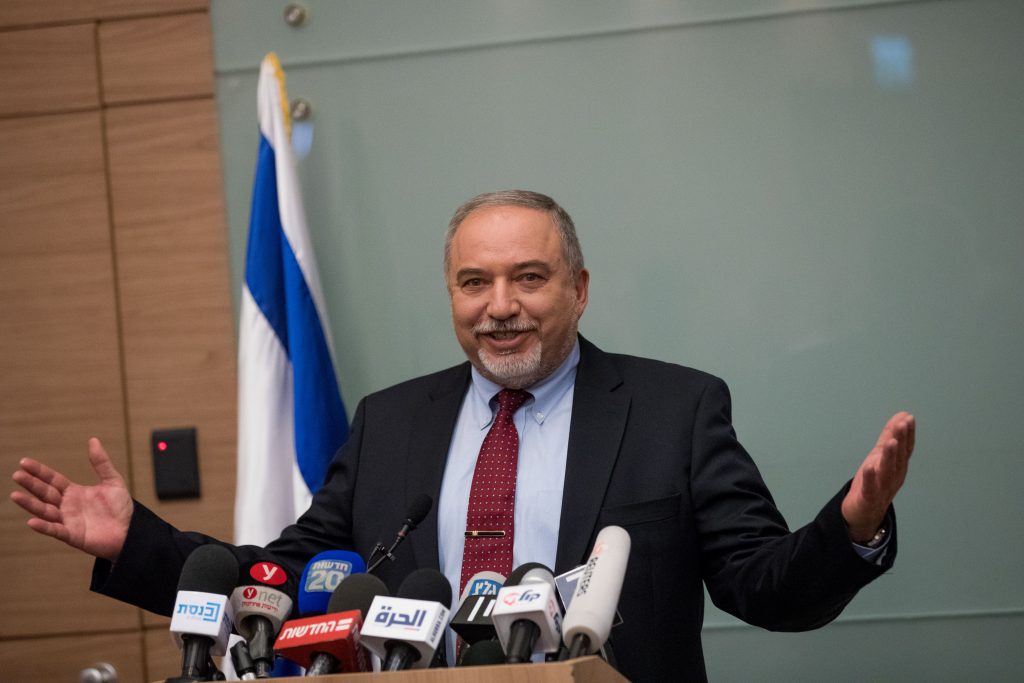 According to a new survey published in the Russian-language newspaper Newsru, Liberman’s Yisrael Beytenu party has surged ahead of the Likud since Liberman resigned.

Last month, the paper found the Likud the most popular party among Russian-speaking Israelis, with 27 percent support; but as of now, Yisrael Beytenu has captured the hearts of 45.5 percent.

It said that 81 percent agreed with Liberman’s parting shot, denouncing the ceasefire as a “capitulation to terrorism,” and 55 percent approved his quitting the defense ministry and the coalition.

Furthermore — at least among his electoral base — Liberman can set his sights on bigger things: 30 percent of the 5,472 respondents said they want him to be Israel’s next prime minister, while Netanyahu got only 15 percent support.

This too was a dramatic reversal of last month’s survey, which reported Netanyahu with 37 percent of the Russian vote for prime minister, with Liberman lagging behind with a meager 13 percent.