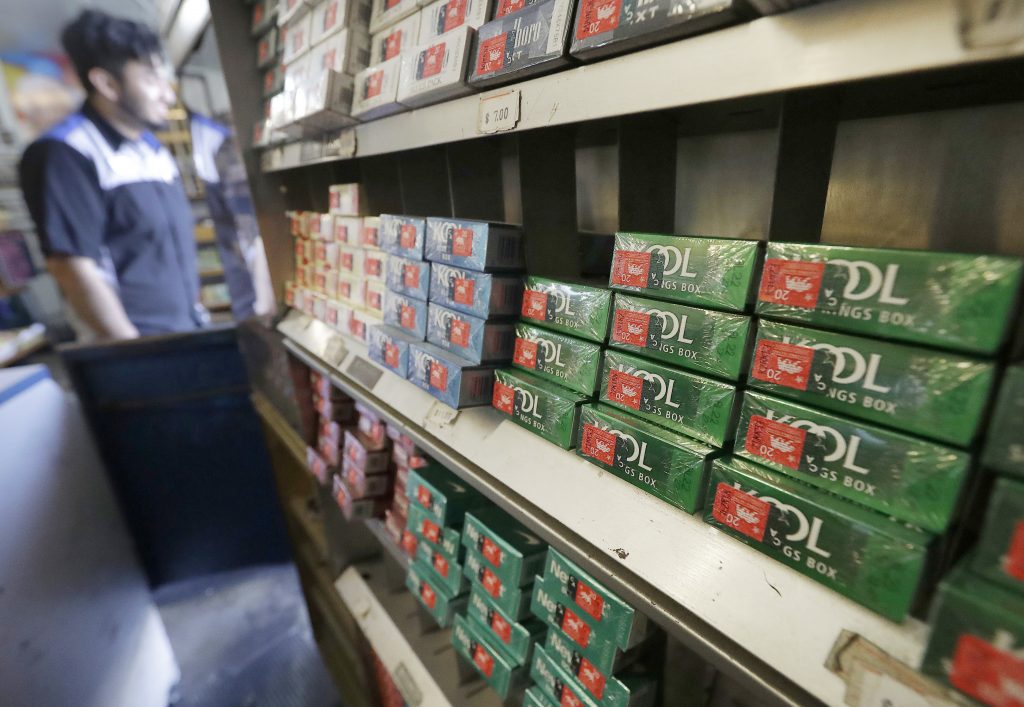 A top U.S. health official on Thursday pledged to try to ban menthol from regular cigarettes, outlaw flavors in all cigars, and tighten rules regarding the sale of most flavored versions of electronic cigarettes.

The move represents a major step to further push down U.S. smoking rates, which have been falling for decades.

The restrictions are mainly aimed at reducing smoking in kids: About half of teens who smoke cigarettes choose menthols, and flavored e-cigarettes have been blamed for a recent increase in teen vaping rates.

“I will not allow a generation of children to become addicted to nicotine through e-cigarettes,” Scott Gottlieb, commissioner of the Food and Drug Administration, said in a statement.

Health advocates say a menthol ban would have greater impact on the health of Americans, but it would likely take years to put in place. The changes for e-cigarettes could kick in within a few months.

Battery-powered e-cigarettes are more popular among teens than regular smokes and are considered safer. But many versions contain potentially addictive nicotine, and health officials believe they set kids who try them on a path toward regular cigarettes.

Gottlieb called for measures to prevent the marketing of e-cigarettes directly to kids and ensure there are added safeguards preventing online sales of e-cigarettes to minors. He also proposed beefing up measures so that convenience stores and some other retailers don’t sell e-cigarettes in kid-friendly flavors like cherry and vanilla. They could still be sold in vape shops or other businesses who don’t admit minors.

Smoking is the nation’s leading cause of preventable illness, causing more than 480,000 deaths each year in the United States. The FDA currently bans sales of e-cigarettes and tobacco products to those under 18.

In 2009, the government banned a number of kid-friendly flavorings in cigarettes. But after an aggressive lobbying effort by tobacco companies, menthol was exempted.

Smoking has been declining for more than five decades. Some 42 percent of U.S. adults smoked in the early 1960s. Last year, it was down to 14 percent, according to the Centers for Disease Control and Prevention.

Experts credit anti-smoking campaigns, cigarette taxes and smoking bans for most of the decline in the adult rate. But some say adult smokers switching to e-cigarettes have also helped drive down the rate in recent years.

The cigarette smoking rate is even lower among high school students — about 9 percent, according to the latest figures.

The FDA has been taken earlier steps to investigate the marketing of e-cigarettes by a number of companies, including the market leader, Juul Labs Inc. of a San Francisco. Getting out ahead of today’s FDA announcement, Juul on Tuesday stopped filling store orders for mango, fruit, creme and cucumber pods and will resume sales only to retailers that scan IDs and take other steps to verify a buyer is at least 21. The company said Juul will continue to sell menthol and mint at stores, and sell all flavors through its website.