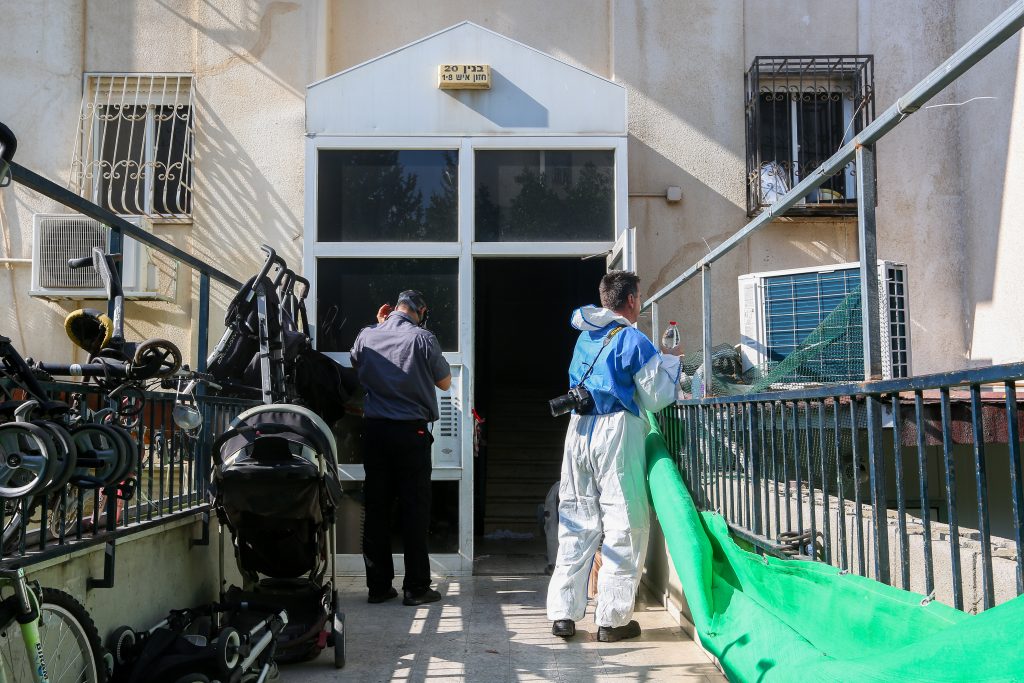 A fire broke out on Thursday morning in a residential building in a frum neighborhood in Beit Shemesh, leaving 19 people suffering from smoke inhalation, mostly children, including two who were hospitalized in serious condition.

The blaze started early morning on the bottom floor of the building on Chazon Ish Street, with smoke rising to the other floors.

There were 16 others in the building who suffered light injuries, including a dozen children.

“We woke up around 6:00 a.m. from loud shouts and didn’t understand what was going on,” one of the building’s residents said. “There was a strong smell of fire and we figured that an apartment was probably on fire. We took all the kids to the balcony and later took them out.”

Another neighbor said: “We got up to a burning smell and found out there was a fire in our building. We quickly got organized and went to the balcony because the whole building was full of smoke. We looked out the window and saw children and family members were being rescued; their faces were black.”

Five teams of firefighters operated at the scene, extinguishing the fire. They also helped rescue the residents through windows with a crane.