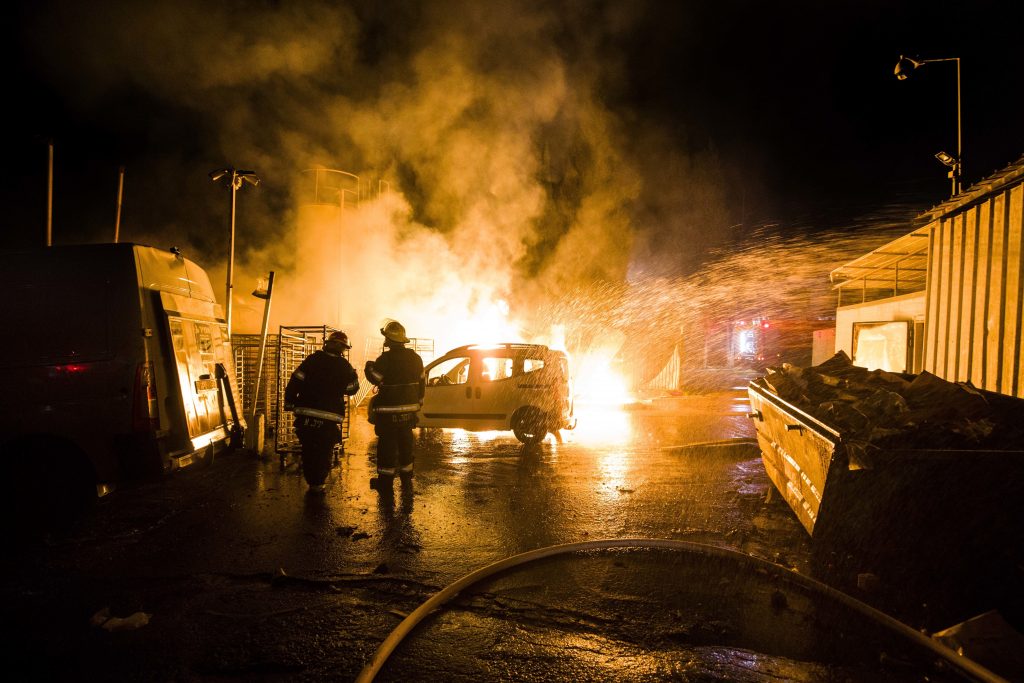 Angry residents of southern Israel on Wednesday once again closed the road leading to the Kerem Shalom crossing into Gaza, in protest over the government’s agreeing to a ceasefire after Hamas fired some 400 missiles at Israel on Monday and Tuesday. Wednesday’s protest followed another one on Tuesday night in Sderot, where residents burned tires and shouted in anger against the government – and against Prime Minister Binyamin Netanyahu – for agreeing to the ceasefire. The anger among Israelis was contrasted with celebrations in Gaza, where tens of thousands gathered Tuesday night to hear top Hamas terrorists proclaim “victory” in the latest round of war with Israel.

Also on the coals is Defense Minister Avigdor Liberman, who is rumored to have voted for the ceasefire at a lengthy meeting of the security cabinet Tuesday – in stark contrast to his constant demands that Israel act aggressively against Hamas. Liberman’s office said Wednesday that he would hold a special meeting of his Yisrael Beytenu faction Wednesday afternoon, and that he would issue a “special statement” after the meeting – which many in the political establishment are taking to mean that Liberman will announce his resignation from the post of defense minister.

According to analysts on Hadashot News, Liberman sees this as an opportunity to cut himself off from the anger of Israelis over the ceasefire, with the public placing most of the blame on Prime Minister Binyamin Netanyahu – thus strengthening his position in the next election which, if he does resign, will likely be sooner than later.

According to reports, the ceasefire was also supported by Education Minister Naftali Bennett, Justice Minister Ayelet Shaked, and Disapora Affairs Minister Zeev Elkin – but both Liberman and Bennett denied the reports. In a statement released Tuesday night, Liberman’s office said that “the reports that Minister Liberman supported a halt to the Israeli actions in Gaza at the cabinet meeting are ‘fake news.’ The minister’s stance has not changed.” Bennett’s office said that “the reports that the minister supported the ceasefire are a lie. The minister presented his ideas to the cabinet in a firm manner.”

Channel Ten quoted a government minister who chose to remain anonymous that “at the end of the meeting there was no vote at all about the ceasefire. Liberman, Shaked, Bennett and Elkin all spoke against it and recommended alternative actions, which were not accepted. With that, there was no vote, apparently because Netanyahu did not want to be in a situation where four ministers voted against his idea, which was to avoid escalation.”

The anger against Netanyahu was expressed Wednesday at the protest near the Kerem Shalom crossing, where Simcha Goldin, father of missing IDF soldier Hadar Goldin, slammed the prime minister for agreeing to the ceasefire. Netanyahu “is turning us into a nation of suckers,” he said. “It’s very dangerous to be a sucker in the Middle East. Hamas did not pay in any way for its behavior in kidnapping soldiers, and by not making it pay Netanyahu is endangering Israeli soldiers and civilians. If they had demanded that Hamas free our soldiers and civilians before agreeing to a ceasefire – as the prime minister has promised to do – things would be different. We would not be seen as suckers. Things are getting worse from week to week.”