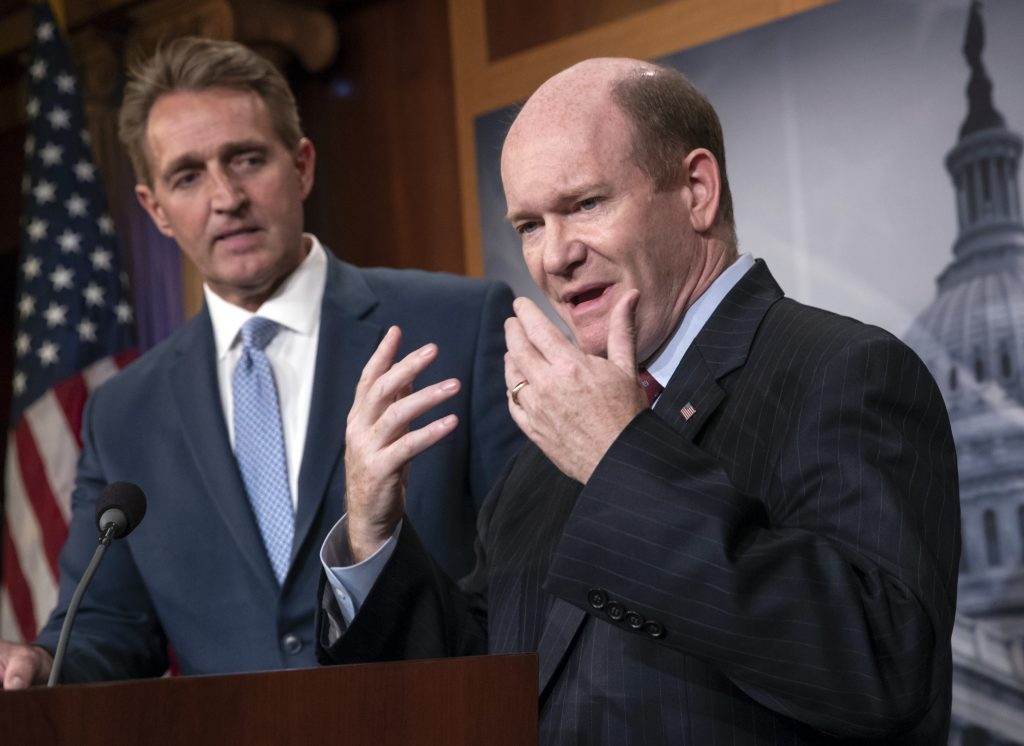 Two U.S. senators, defying opposition from Senate Republican leader Mitch McConnell, vowed on Wednesday to push for action on a bipartisan measure that would protect a federal investigation into Russia’s role in the 2016 presidential election.

Republican Senator Jeff Flake and Democratic Senator Chris Coons said they would take to the Senate floor at around 4:15 p.m. EST (2115 GMT), to ask for their colleagues’ consent to allow a vote that could anger President Donald Trump.

McConnell and other top Republicans oppose the idea. “I don’t think any legislation is necessary,” said McConnell, who on Wednesday won his bid to remain Senate Republican leader next year.

“We know how the president feels about the … investigation, but he’s never said he wants to shut it down,” he told reporters.

U.S. Special Counsel Robert Mueller is investigating allegations of Russian meddling in the 2016 election and any collusion with Russia on the part of the Trump campaign.

Trump, who has repeatedly dismissed the Mueller probe as a “witch hunt,” denies that any collusion with Russia occurred. Moscow denies interfering in the election.

The effort by Flake and Coons comes a week after Trump set off alarm bells among Democrats and some Republicans by forcing the resignation of Attorney General Jeff Sessions and replacing him with Matthew Whitaker, a Trump loyalist who has criticized the Mueller probe as too far-reaching.

Critics of the Whitaker appointment say that, as acting attorney general, he could fire Mueller or undermine the Russian meddling investigation in some other way.

Flake and Coons are unlikely to give up if McConnell opposes their effort to move the legislation forward on Wednesday.

They want a vote on the proposed Special Counsel Independence and Integrity Act, which would ensure that Mueller could be fired only for good cause and provide him with recourse to challenge any dismissal in federal court.

The bill, approved by the Senate Judiciary Committee in a 14-7 vote in April, is supported by the panel’s chairman Chuck Grassley, a Republican, as well as prominent Republican Senator Lindsey Graham.

It is also backed by Democrats. “We want to make sure that the acting attorney general does not interfere with the Mueller investigation, and we believe our Republican colleagues can join us,” Senate Democratic leader Chuck Schumer told reporters.

Flake, who is retiring from the Senate, said there were enough votes to pass the bill. He said there would be repeated efforts to bring it to a vote despite McConnell.

“We can bring it today, we can bring it again and again, and I think we plan to do so until we get it passed,” the Arizona Republican said in an interview with MSNBC.