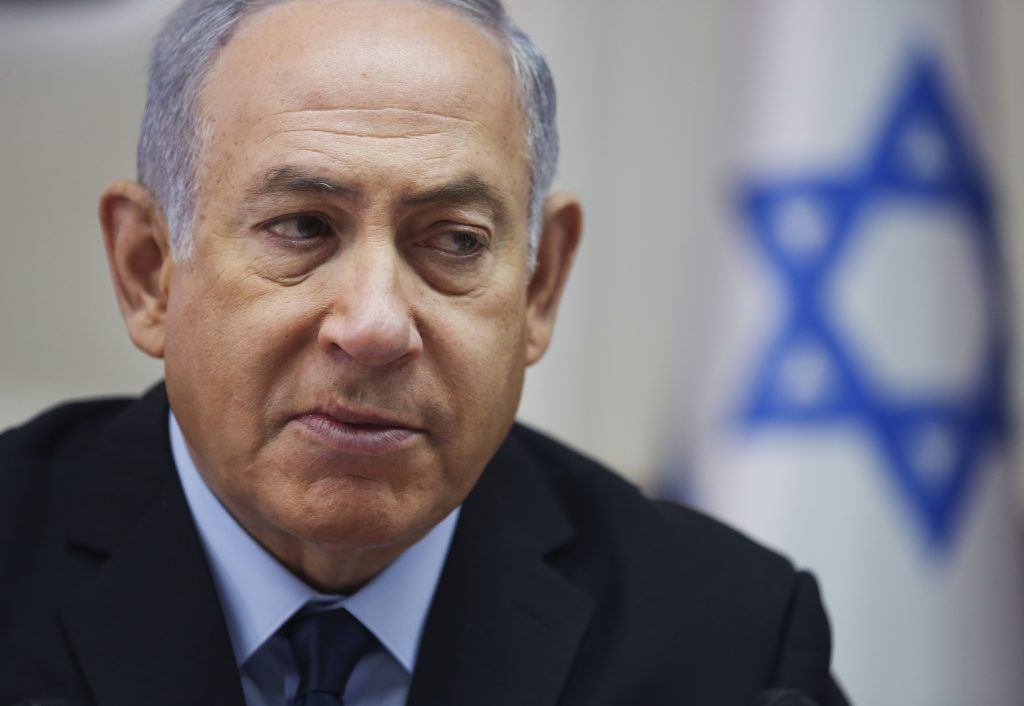 With Avigdor Liberman citing the “surrender” of the government to Hamas terror by agreeing to the ceasefire Tuesday after a barrage of some 400 rockets to Israel’s south, Prime Minister Binyamin Netanyahu offered his own version of how and why the government agreed to the deal. Speaking earlier Wednesday at a government memorial event for David Ben-Gurion on the 45th anniversary of his death, Netanyahu rejected the criticism of Liberman and others.

“At times of emergency not everyone can be privy to all of the considerations that need to be taken into account,” Netanyahu said at the event in Kibbutz Sdeי Boker in southern Israel, where Ben-Gurion is interred. “Leadership means accepting criticism, even when it is impossible to release all the information. I wish I could share all the details. Our enemies begged for a ceasefire.” he said.

The Prime Minister compared his own situation with that of Ben-Gurion’s, the first Prime Minister of Israel. “At critical moments. Ben-Gurion also had to make important and fateful decisions, and sometimes those decisions did not find favor in the eyes of the public. Over time, those decisions showed themselves to be the correct one. At normal times, a leader needs to listen to and communicate with the public, but when a fateful decision needs to be made, the public cannot always be involved in making it. Some details must be hidden from the enemy at all costs. At those moments, leadership means not doing the easy thing,” Netanyahu said.

At a press conference announcing his resignation as Defense Minister Wednesday afternoon, Liberman said that he had disagreed with the government’s “surrender to terror” in agreeing to the ceasefire which he could not tolerate, but beyond that, Liberman said, he was “embarrassed to speak to residents of the south,” as well as with the families of missing IDF soldiers Oron Shaul and Hadar Goldin. “I can’t even look them in the eyes. What happened since Friday is ridiculous, hours after we gave them $15 million they rioted with busloads of terrorists arriving at the Gaza border fence,” followed by the massive rocket attack on Monday and Tuesday.