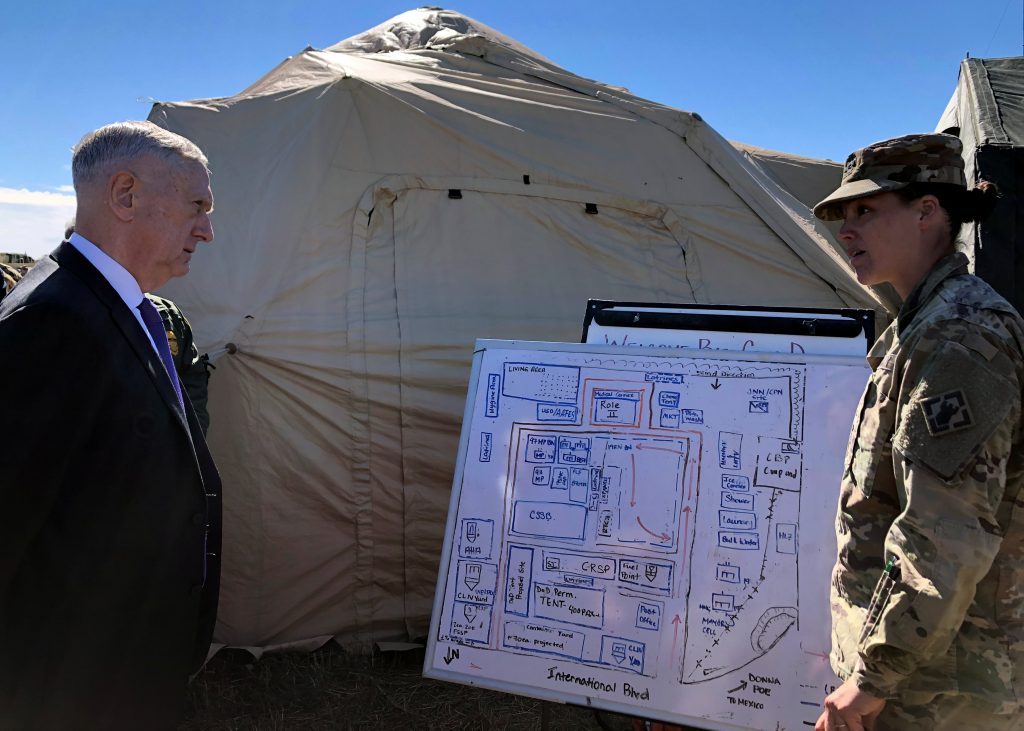 Defense Secretary Jim Mattis and Homeland Security Secretary Kirstjen Nielsen are inspecting troops camped at the U.S.–Mexico border in Texas, even though the caravan of Central American migrants that prompted the deployment is headed to California.

Mattis and Nielsen on Wednesday visited the camp in Donna, Texas, near one of the bridges over the Rio Grande. Troops are staying in large tents on a field bounded by razor wire.

About 5,800 active duty troops are deployed at the border, including about 1,000 in Texas. President Donald Trump said they must stop the migrant caravan walking through Mexico.

While Trump has largely fallen silent about the caravan since the November election, the troops remain stationed at the border.