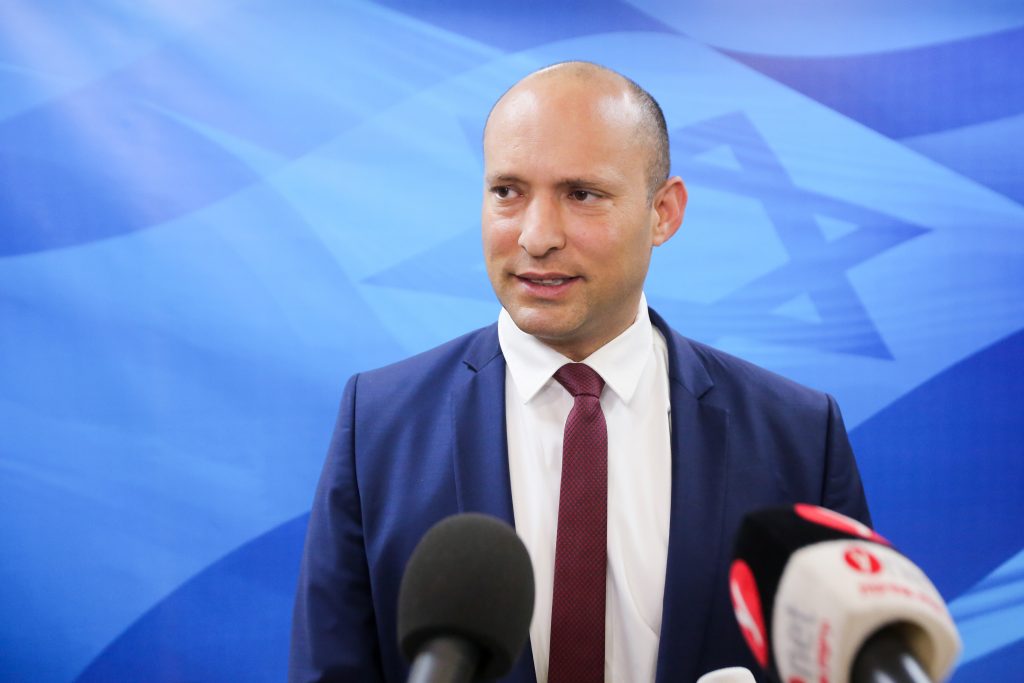 With the resignation of Avigor Liberman from the office of Defense Minister, that portfolio will be taken over by Prime Minister Binyamin Netanyahu – but if it is, Jewish Home MKs said, the party will no longer remain in Netanyahu’s coalition. Kan News quoted Jewish Home MK Shuli Muallem-Refaeli as saying that unless Education Minister Naftali Bennett got the job, her party would quit the coalition.

“This is the time to put Bennett in charge of the office,” she told Kan News. “Without the Defense portfolio Jewish Home will not remain in the coalition.” When asked if there as a deadline, she said that the party has not set one, but that “the message has been made clear to the Prime Minister.” According to Israel’s election law, Netanyahu has three months to find a replacement for Liberman.

Muallem-Refaeli’s comments were accompanied by an appeal from Jewish Home MK Moti Yogev to Netanyahu. “Defense Minister is a complicated job and a great responsibility,” he wrote to Netanyahu Wednesday morning. “I believe the south deserves real defense, and that is going to require hitting Hamas much harder, including targeting the heads of Hamas. Jewish Home is the senior coalition member, and Minister Bennett will know how to defend the south against Hamas.”

Responding to the resignation of Liberman, Zionist Camp head Avi Gabay said that Netanyahu now needed to resign. “He is just as responsible as Liberman. He failed at his task, and he needs to quit. Residents of the south have no security, and it is just as much Netanyahu’s fault as it is the Defense Ministry’s.”

In the first response of a government official, Tourism Minister Yariv Levin said that the government would continue to operate as long as all members of the coalition worked together. “Our responsibility is to continue the right-wing government. Liberman’s resignation is not proper at this time. The government will continue as long as we work together, but it should be clear that we will not allow this to be an opportunity for a party to act in an irresponsible manner,” he added.