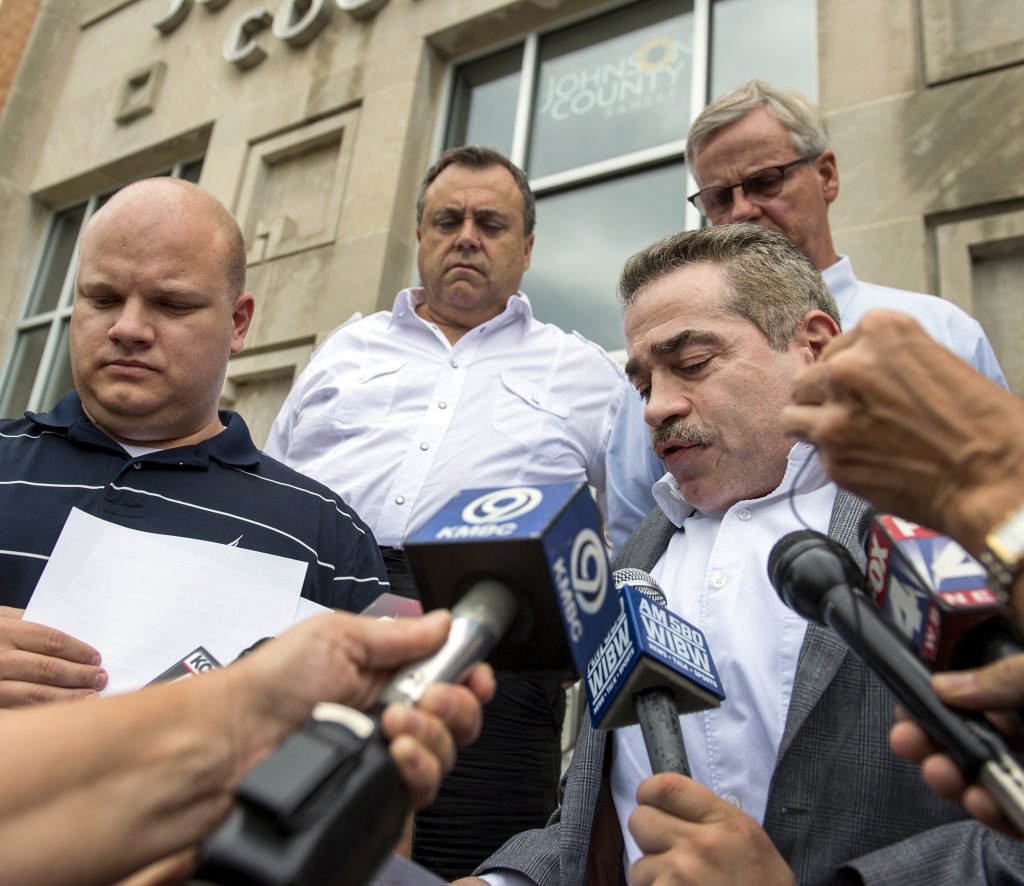 The family of a woman slain in Kansas by a man who wanted to kill Jews has settled a lawsuit with Walmart over the sale of a shotgun used in the shooting.

Terri LaManno was killed in 2014 outside the Village Shalom care center in Overland Park, Kansas.

The Kansas City Star reports the terms of the settlement announced Tuesday were not disclosed.

Miller was a felon who couldn’t legally buy a gun. The lawsuit alleges that someone else bought the weapon for him at a Walmart store in Republic, Missouri.

Miller also killed William Corporon and his grandson, Reat Underwood, outside the Jewish Community Center in Overland Park. Their family settled a similar lawsuit in August 2017.