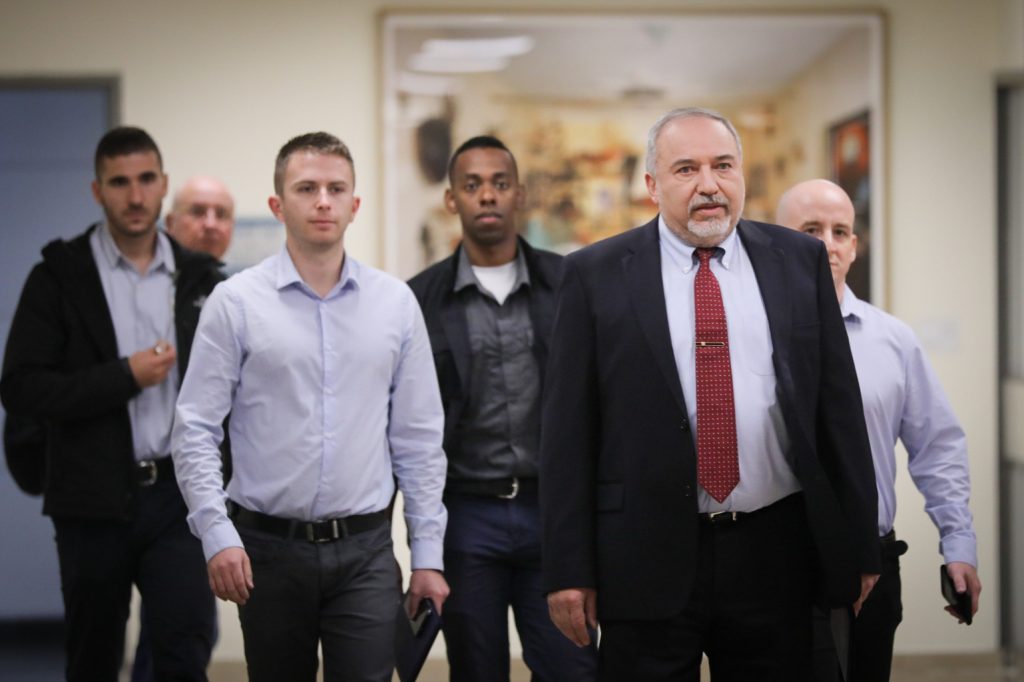 Avigdor Liberman has resigned from the post of defense minister. At a press conference, Liberman termed the agreement of the government to a ceasefire with Hamas as a “surrender to terror.” Liberman cited a series of disagreements he had with Prime Minister Binyamin Netanyahu on security issues. “I disagreed with him on the entry of Qatari diesel fuel” last month, but I was overridden by Netanyahu. Similarly, he said that he had urged the government to remove Bedouins who had squatted on government land and set up the village of Khan al-Ahmar, but was also overruled by the prime minister.

What broke the camel’s back, he said, was the passage of $15 million to Hamas last week, supplied by Qatar as well. “This was an impossible situation,” he said. “On the one hand we labor in the Knesset to cut the budget we give to the Palestinian Authority due to the funds they pay terrorists, and here on the other hand we supply Hamas with money to pay the terrorists.”

The final straw was the ceasefire agreed to Tuesday night, after Hamas fired some 400 rockets at Israel. This was a “surrender to terror” that he could not tolerate, but beyond that, Liberman said, he was “embarrassed to speak to residents of the south,” as well as with the families of missing IDF soldiers Oron Shaul and Hadar Goldin, Hy”d. “I can’t even look them in the eyes. What happened since Friday is ridiculous, hours after we gave them $15 million they rioted with busloads of terrorists arriving at the Gaza border fence,” followed by the massive rocket attack on Monday and Tuesday.

“I have never remained in the government just to be a minister,” Liberman said, stressing that he had opposed the government several times, including over the government’s agreement to pay compensation to Turkey for the activists killed on the Mavi Marmara in 2010, and given Turkey’s behavior since then, “it shows that I was right. I always chose my principles, not the position,” he added.

Liberman also said that the time had come for elections. “I would like to get all members of the coalition together to discuss an agreed-upon time for elections. We should decide to hold them as soon as possible,” he said at the press conference. Liberman also confirmed that his resignation means the departure of all the Yisrael Beytenu MKs from the government and coalition. With that, the coalition is down to 61 MKs, the smallest possible majority.

In a statement, Meretz chairperson Tamara Zandberg said that her party would at the first opportunity advance a no-confidence motion to break up the Knesset. “Good riddance to Liberman,” she said. “He is a corrupt racist who has endangered Israeli politics. The rest of the government needs to follow him.” Commenting on the resignation, Hamas said that it was “our greatest victory” in the recent round of battle. “This act proves that we demolished Israel,” the terror group said in a statement.