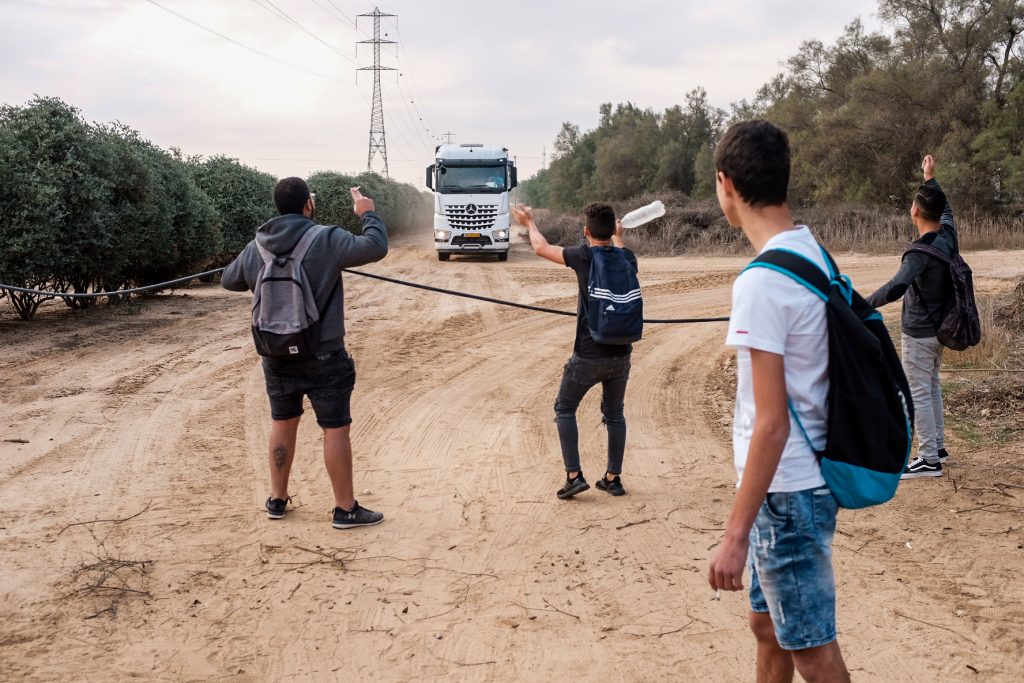 While an uneasy truce prevails at the Gaza border, fresh battle lines are being drawn within Prime Minister Binyamin Netanyahu’s government and with the center-left opposition parties.

In the wake of Defense Minister Avigdor Liberman’s resignation over the ceasefire on Wednesday, Netanyahu’s ruling Likud party began talks with coalition partners to see if it can survive with only 61 MKs, or if early elections will have to be held.

Much depends on who succeeds Liberman. Jewish Home, which has said it will leave the coalition if its chairman, Naftali Bennett, is not appointed defense minister, was scheduled to have a closed-door meeting at the Knesset to review the situation, Ynet reported.

In a statement, the faction said that “a government without deterrence is not a right-wing government.”

“Without taking responsibility over the national mission of changing the security situation together with the prime minister, there is no point in the continued existence of the government.”

If Bennett, a longtime rival of Netanyahu, does not get the job and his party of 8 MKs bolts, it would topple the government. In the interim, Netanyahu holds the defense portfolio.

Still, Bennett is not the only senior minister who covets the position of defense minister. Transportation and Intelligence Minister Yisrael Katz and Foreign Affairs and Defense Committee chairman and former Shin Bet chief Avi Dichter are being spoken of as candidates to succeed Liberman.

No less important a factor in the calculations is that of the chareidi draft bill. A new law must be passed by December 2 by court order, or a previous arrangement by which yeshiva students eligible for draft deferments will expire.

Chareidi leaders are anxious to have the issue resolved while the current Knesset sits. The prime minister discussed the matter with Finance Committee Chairman Moshe Gafni (United Torah Judaism) on Wednesday.

Meanwhile, the opposition called for Netanyahu’s resignation, early elections, and put its MKs on notice for plenum calls at any time, in which an alert opposition could muster enough votes to defeat Netanyahu’s now-narrow majority of 61 to 59 in the Knesset.

“Netanyahu and Lieberman handed over money to terror, because they are accustomed to cynical politics of deals. I won’t give terrorism a prize, I’ll beat it because I’m not afraid,” he was quoted by Ynet as saying.

Opposition leader MK Tzipi Livni, in rare agreement with Avigdor Liberman, said: “It should be the end of a feeble government, an important day in which we see the government crumbling from the inside … Liberman is right … this is a feeble government in the face of terrorism, Livni said.

“The Zionist Camp is preparing for the new situation,” faction head MK Yoel Hasson said in a message circulated among the MKs. “We won’t approve any deductions, absence or trips abroad on days when the plenum convenes.”

While the opposition sees its opportunity, it must be noted that the current coalition survived its first year without Liberman’s party and with only the 61 votes it now has. Even with Liberman in, rumors of early elections were persistent.

Meanwhile, about 20 people demonstrates against the ceasefire at the entrance to Sderot, police said. They reportedly burned tires and blocked the Route 34 road between the junctions of Shaar Hanegev and Nir Am.

Despite widespread dissatisfaction with the ceasefire, which left Hamas in place and claiming victory, the turnout was considerably less than the hundreds reported on Tuesday.