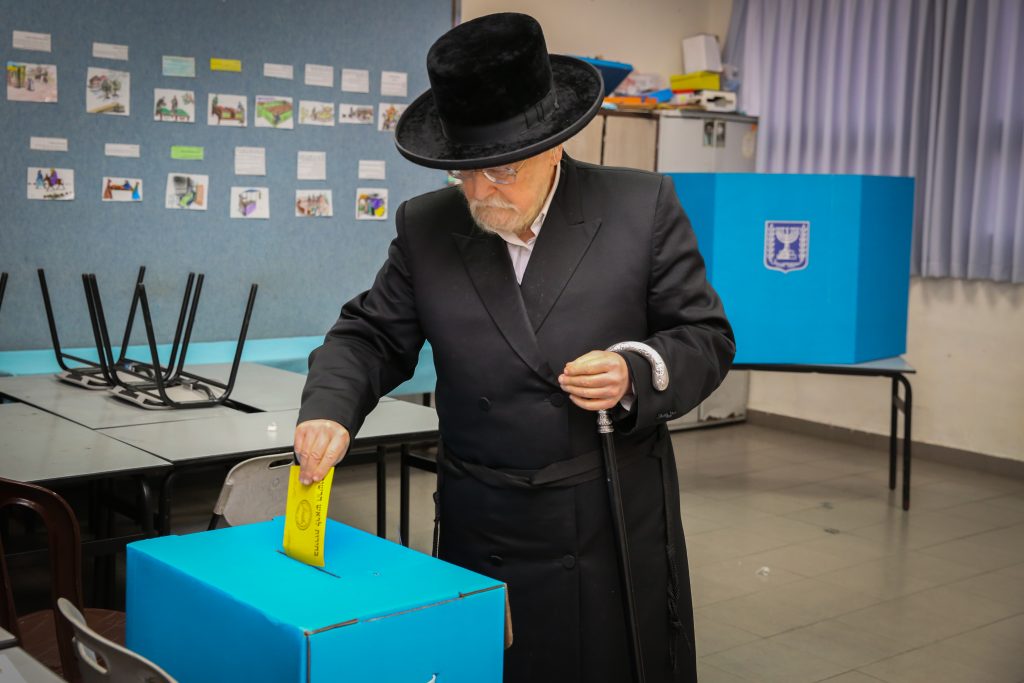 Israelis were choosing their next mayors in dozens of locations across the country Tuesday, with the main focus on the capital Yerushalayim.

The vote marks the second round of municipal elections in cities where no candidate secured at least 40 percent of the October 30 vote. The closest-watched runoff race is in Yerushalayim. While the city’s mayor has little influence over Middle East politics and diplomacy, he presides over the day-to-day life in the hotbed of the Israeli-Palestinian conflict and has a strong symbolic presence both nationally and internationally.

With the incumbent Nir Barkat stepping down to run for national office, a quartet of candidates squared off in a campaign to replace him. The runoff features Moshe Lion, a longtime political fixture backed by much of the country’s top leadership, facing off against Ofer Berkovitch, a young secular activist.

Lion, a former director general of Prime Minister Binyamin Netanyahu’s office in the 1990s, enjoys the support of some chareidi groups and their representatives in government, as well as that of Defense Minister Avigdor Lieberman and powerful figures in the ruling Likud party. But critics say he has little grassroots support of his own and failed to place even a single representative in the municipal council.

The 35-year-old Berkovitch heads the largest bloc of the incoming council.

The winner is going to have to deal with deep divisions in the city after a hotly contested campaign.

“The number one challenge is of course the diversity of the city. Jerusalem has a very unique demographic structure, therefore every mayor who is elected will have to find a way to embrace the other side,” said Lior Schillat, the director general of the Jerusalem Institute for Policy Research, a non-partisan think-tank.

Elsewhere in Israel, runoffs will take place in Rishon LeTzion, the country’s fourth largest city, and several other major cities.

The polls were taking place amid the most serious violence between Israel and the Hamas since they fought a 2014 war. An election in one regional council in southern Israel near the Gaza border was postponed because of the incessant rocket fire and the violence could drive down voter turnout in other locations near Gaza.