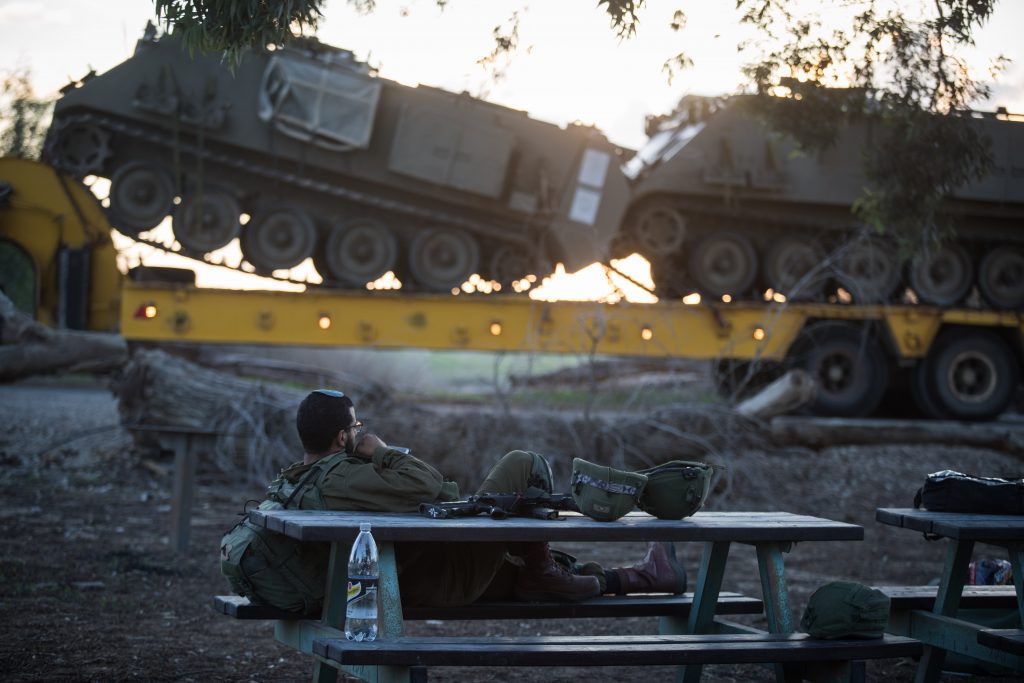 The United States “stands behind” Israel as it battles Hamas, U.S. envoy to the Middle East Jason Greenblatt said. In a series of social media posts, Greenblatt expressed American support for Israel’s struggle to regain quiet in the south, and slammed Hamas for its ongoing aggression.

“Terrorists in Gaza are again attacking Israel with tools of war,” Greenblatt wrote. “These rocket and mortar attacks on Israeli towns must be condemned by all. Israel is forced once again into military action to defend its citizens. We stand with Israel as it defends itself against these attacks.”

In a second post, Greenblatt wrote that “Hamas’s activities continue to prove they don’t really care about the Palestinians of Gaza and their only interest is to use them for political purposes. Even Palestinian lives seem not to matter to Hamas.” And, he added, “The world has grown tired of Hamas’ violence and the violence of other bad actors in Gaza. This violence prevents any real help for the people of Gaza.”

The French Foreign Ministry also condemned the Hamas attacks, saying that France “condemns the barrage of rocket attacks in recent hours at southern Israel, for which Hamas must take responsibility. France expresses solidarity with the civilian population, and especially with the families of the victims” who were killed and injured in the attacks. “France seeks an immediate halt to these activities, which are unacceptable and unjustifiable, and calls on both sides to step back from this new cycle of violence.”

In a statement, the European Union said that “the escalation of violence in and around Gaza during the last hours is very alarming. The indiscriminate firing of rockets or other actions targeting civilians is unacceptable and must stop. The EU urges both parties to step back from the brink and avoid any further actions that would contribute to the escalation, put civilians’ lives at risk, and jeopardize recent efforts towards reducing tensions. All violent actions have to stop immediately.”