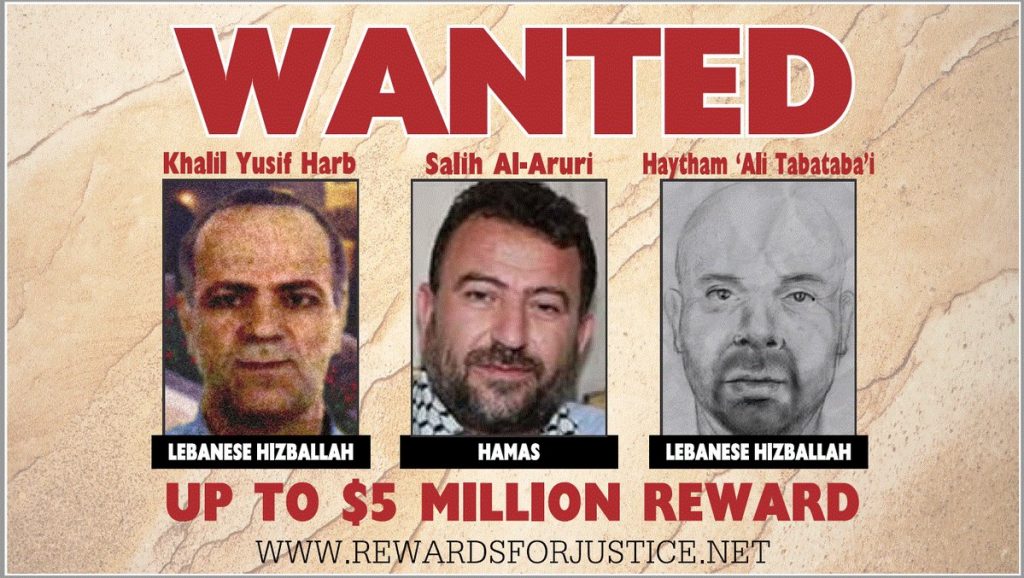 The Trump administration levied new sanctions against the Iranian-backed Lebanese group Hezbollah on Tuesday as part of a pressure campaign against Tehran and its proxy forces in the Middle East.

The State Department designated Jawad Nasrallah, the son of Hezbollah leader Hasan Nasrallah, a terrorist and accused him of trying to “activate a suicide bombing and shooting cell based in the West Bank” in January 2016.

The department also designated Al-Mujahidin Brigades, or AMB, a group it accused of plotting attacks in Israel and cultivating ties to Hezbollah.

“Today’s designations seek to deny Nasrallah and AMB the resources to plan and carry out terrorist attacks,” said a State Department release indicating that the two entities would be denied access to the U.S. financial system.

Later on Tuesday, the department offered rewards of up to $5 million each for information leading to the identification or location of two Hezbollah leaders, Khalil Yusif Mahmoud Harb and Haytham Ali Tabataba’i, and Hamas leader Salih al-Aruri.

The actions continue the Trump administration’s strategy of doubling down on America’s alliances with Sunni Arab and Israeli allies in the Middle East against Iran and the political and military units it supports.

Lebanese Prime Minister-designate Saad al-Hariri and his mainly Sunni party is locked in a power struggle with Hezbollah, a Shiite Muslim group. On Tuesday, Hariri called the group a “big obstacle” to forming a new government.

A person with ties to Hezbollah said Jawad Nasrallah does not have a rank in group’s military wing, unlike his brother, who was killed by Israelis in a battle in Lebanon in 1997.

“The American decision is in the framework of putting pressure on Hezbollah by naming its leader’s son, more than any other reason, because Jawad is not involved militarily in the party,” said the person, who spoke on the condition of anonymity to discuss Nasrallah’s family.

“He was a social media guy who shut down his Twitter account” after a dispute with a local TV network, the person said. “He also works in commerce and business and does not have any rank in the organization.”