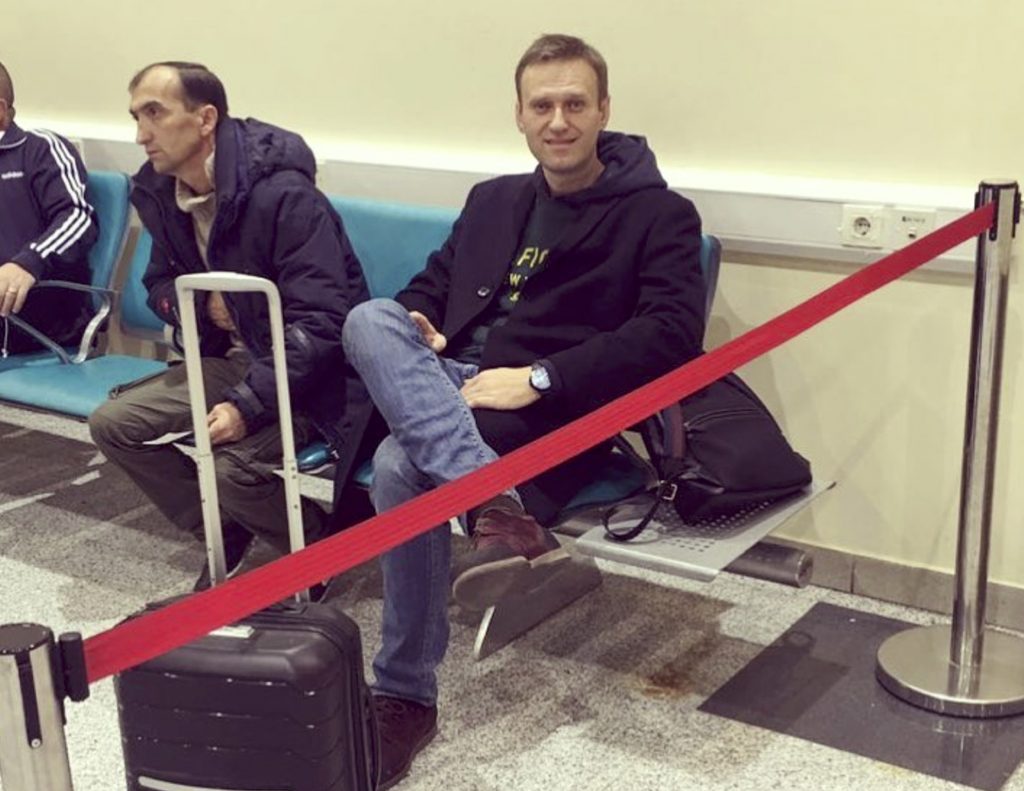 Russian opposition leader Alexei Navalny was stopped at the border Tuesday and barred from leaving Russia as he was about to travel to a hearing at the European Court for Human Rights in France.

Navalny said in a blog post on that he was due to attend a court hearing that is expected to rule if his countless detentions have been politically motivated. He was stopped by border guards and told that a ruling by court bailiffs over an unpaid fine had barred him from leaving Russia.

The bailiffs’ service said the fine was paid later Tuesday and that restrictions on Navalny’s travel have been lifted.

The hearing in Strasbourg on Thursday could prove a major embarrassment for the Kremlin, which routinely dismisses Navalny, arguably Russia’s most popular opposition figure, as a trouble-maker with no political backing.

“Apparently, Putin’s regime thinks [that] not letting me fly to Strasbourg to hear this ruling will change anything,” he wrote on Twitter.

Navalny said the formal reason for barring him from leaving Russia was a bailiff’s ruling, dated Friday, to collect 2.1 million rubles ($31,000) from him in damages in a civil lawsuit against a timber company. He lost the lawsuit last year but Navalny said the court never provided any documents or banking details for him to pay the damages.

The bailiffs’ service later said “Navalny has paid the debt promptly and in full,” according to state news agency Tass.

Navalny has faced numerous criminal charges in the past that are widely viewed as attempts by the Kremlin to sideline him.

Two separate criminal cases have prevented Navalny from traveling in the past, but the ban was lifted in the spring of last year when he had to leave to Spain for urgent medical treatment.

Navalny, who rose to prominence thanks to his investigations into official corruption, spearheaded major anti-government protests that have attracted Russians from across the political spectrum.