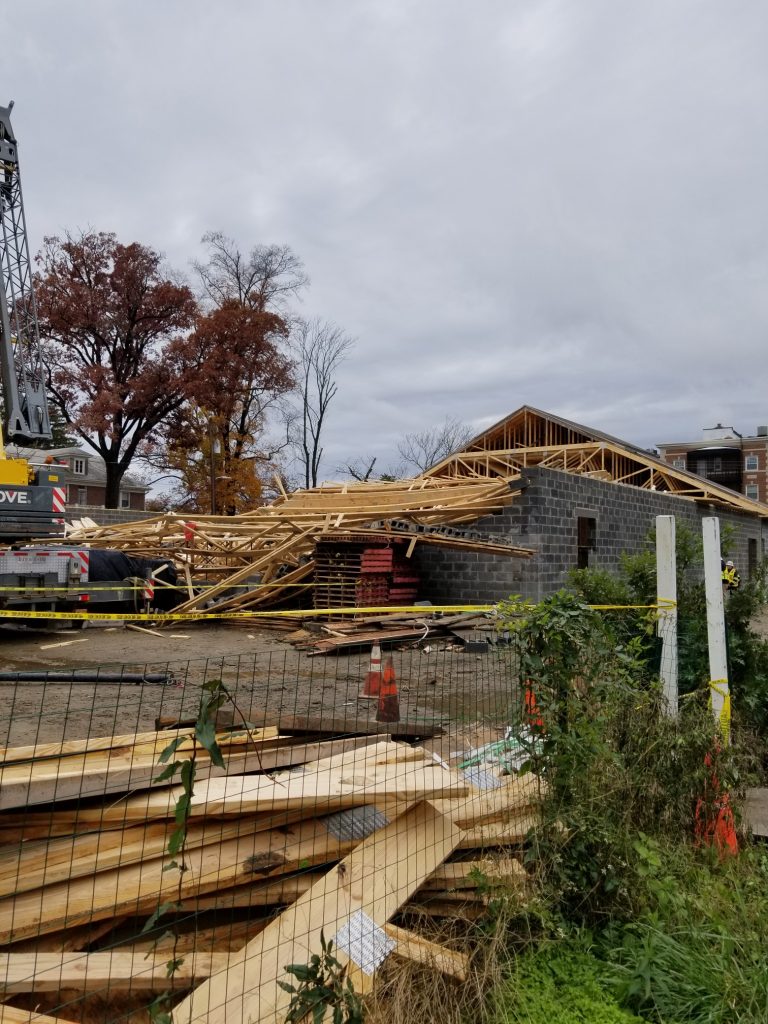 The roof of a Baltimore shul under construction collapsed Tuesday, just as it was nearing completion injuring three workers.

K’hal Arugath Habosem on Clarks Lane has been undergoing construction for the past two years, because the building had been deteriorating. During renovations, the kehillah has been davening in the home of the previous rav, Harav Amrom Taub, zt”l, (father of the current rav, ybl”c, Harav Shaya Taub).

Several months into the renovations, the construction workers noticed that the roof was caving in, and shortly thereafter, the roof collapsed. Renovations proceeded, including building a new roof. But on Tuesday, as construction of the roof was nearing completion, it completely collapsed, without warning.

“This is very sad,” Rabbi Boruch Brull, a long-time mispallel, who previously served as president of the shul, told Hamodia. “We were all very much looking forward to the completion of our new shul building. This is really an unfortunate setback.”