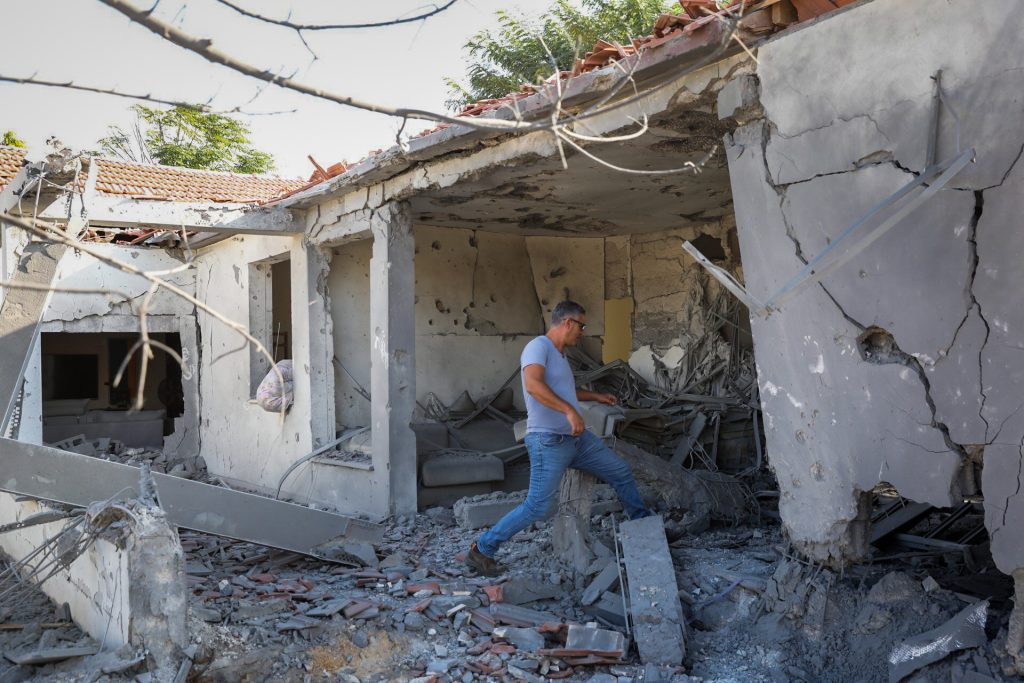 The Security Cabinet was meeting Tuesday morning to discuss Israel’s next moves in Gaza, in a meeting that had originally been scheduled for Tuesday afternoon. Hadashot News reported meanwhile that while Prime Minister Binyamin Netanyahu was not seeking an expanded ground operation in Gaza, Israel was not pursuing a ceasefire at the time, and would continue its air attacks against Hamas targets.

Defense Minister Avigdor Liberman is expected to make a major push for a ground operation, as he has for months, in order to restore Israel’s deterrence. Both Egypt and the United Nations were reportedly attempting to broker a ceasefire to stop the current round of violence.

Speaking earlier Tuesday, a government source told Yediot Acharonot that further action by Israel could be expected, after a night in which Hamas fired some 400 rockets at Israeli targets. The Cabinet meeting Tuesday will discuss the results of a discussion between Netanyahu and the heads of the army late Monday, a meeting that lasted some three hours.

Red Alert warning sirens sounded throughout southern Israel even as the Security Cabinet met Tuesday morning, and speaking in a radio interview, IDF Spokesperson Ronen Manelis said that the army would soon call up reserves, as Israel beefed up its military presence on the Gaza border.

Speaking before the meeting, one of the ministers, speaking on condition of anonymity, said that he expected there would be friction at the meeting. “The majority of us continue to want to strike Hamas hard, but not too hard, as there is currently no replacement for Hamas in Gaza. We will listen to what the IDF has to say. The most recent events definitely lends support for Liberman’s position,” the report quoted the minister as saying.

Speaking to Yediot Acharonot, former head of military intelligence Amos Yadlin said that Israel needed to hit Gaza much harder than has been the case. “The problem is that Hamas is dictating the course of events. They decide when the firing starts and when it ends. Hamas will accede to a ceasefire when it wants to, and the shooting will stop. We need to change the rules of the game. If the IDF, the best air force in the world, and certainly in the region, could destroy 150 Hamas targets in one night but not kill even one terrorist, there is something wrong. That doesn’t encourage deterrence, it just enhances the Gaza real estate and construction industry, which now has more work thanks to the destruction of so many buildings.”