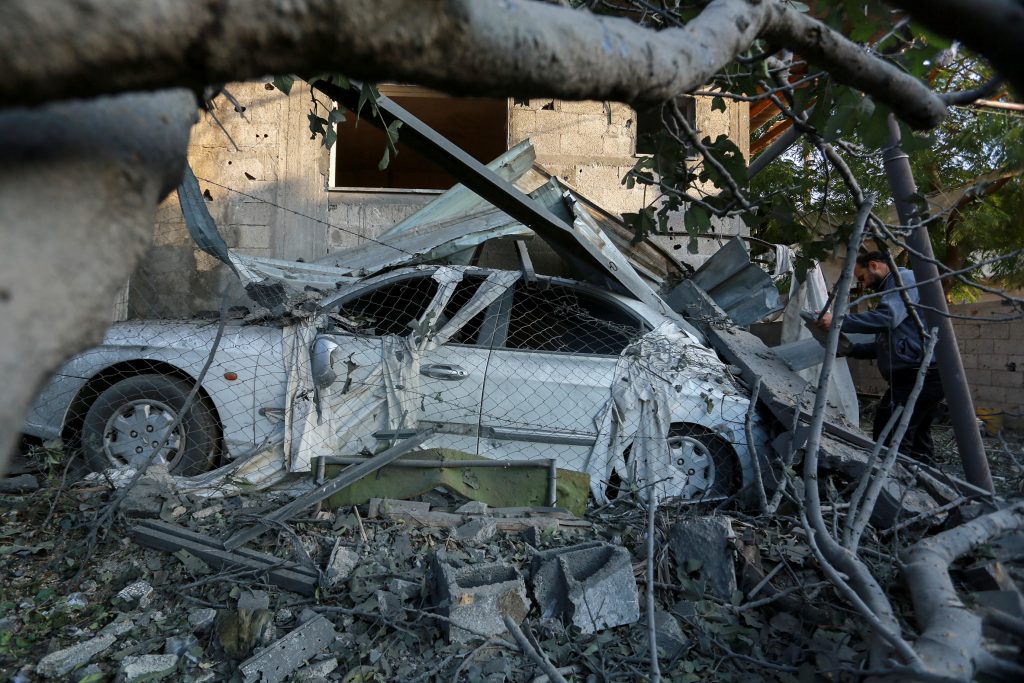 Gaza sources reported Tuesday afternoon that Hamas and Islamic Jihad had agreed to Egyptian efforts to stop firing rockets at Israel, to begin at 3:30 p.m. local time. The report came even as Red Alert warnings were sounding throughout southern Israel. After a brief respite of about an hour around noontime, the warnings began sounding again in southern Israel Tuesday afternoon.

The terror groups, according to the report, would act based on the manner Israel acted. If Israel stopped its bombardment of Gaza, the missiles would stop. One report said that a missile fell directly on a house in the border community of Netiv Ha’asara. Israeli officials said that they expected a major barrage of missiles in the minutes leading up to the ceasefire.

The report on a ceasefire agreement followed a Russian report Tuesday afternoon that an Egyptian delegation would arrive in Israel Wednesday to discuss a ceasefire to end the current round of fighting between Israel and Hamas. The report comes after messages were sent by the Egyptians to both Israel and Hamas urging an end to the fighting, Hadashot News reported earlier Tuesday.

According to U.N. Mideast envoy Nickolay Mladenov, the United Nations “is working closely with Egypt and all concerned to ensure that Gaza steps back from the brink. The escalation in the past 24 hrs is extremely dangerous and reckless. Rockets must stop, restraint must be shown by all! No effort must be spared to reverse the spiral of violence.”

Earlier, Hamas senior terrorist Hussam Badaran said that if Israel wanted a ceasefire, Prime Minister Binyamin Netanyahu needed to fire Defense Minister Avigdor Liberman. “Liberman’s stupidity is what led to this fighting, so he must be fired,” Badaran said in a statement. “That is the only way Netanyahu will achieve quiet in the current round.”