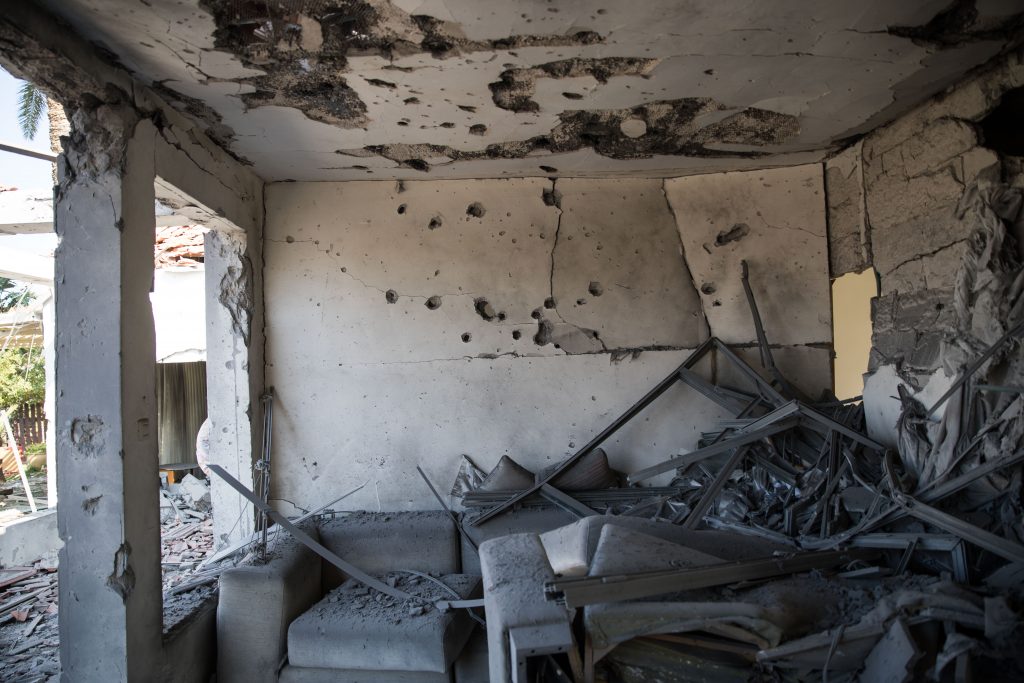 Despite the ongoing firing of rockets by Hamas terrorists at communities in the south, Israel has not closed the Kerem Shalom crossing – and trucks carrying fuel, food, and fertilizer passed the crossing into Gaza as they would on any normal day.

Footage of the trucks passing through the crossing was taken by Yoav Zeitun, a military reporter for Yediot Acharonot, who posted the footage on social media.

“Unlike in previous rounds of violence, Israel has not closed the crossings,” Zeitun wrote. “It’s possible that the intention was to separate between the terrorists and the civilian population, in order to legitimate and make it easier for Israel to enter into a military campaign if necessary.”

Meanwhile, Hamas terrorists continued to fire rockets at Israeli targets Tuesday. One rocket exploded in the yard of a kindergarten in Kibbutz Sha’ar Hanegev – which was empty, due to instructions by the Homefront Command that saw nearly all schools in southern Israel closed Tuesday.

The IDF said that it had hit a group of Gaza terrorists attempting to cross the border fence Tuesday morning. The army shelled the area near the terrorists, and they returned to Gaza. Earlier, a report said that Gaza Arabs crossed the fence and were able to reach an IDF outpost, stealing some items and returning to Gaza.

Meanwhile, Channel 20 quoted a senior Israel Air Force official as saying that Israeli planes had hit 170 “high quality” targets in Gaza since Monday evening – but that the planes had targeted empty buildings.

“Over the past 24 hours we have been engaged in a significant attack on Hamas and the other Gaza terror groups,” the official said. “The targets we are hitting are extremely significant for our enemies. The demolition of five- and six-story buildings in Gaza has a significant effect on them, and we see this in the sources we have in Gaza.

“We are operating according to our values,” the official said. “We are not fighting civilians, but we are attacking military targets inside residential neighborhoods. When we attack a building the population in the area runs away. When there are people in a building we make sure they evacuate and we attack the empty buildings,” the official added.