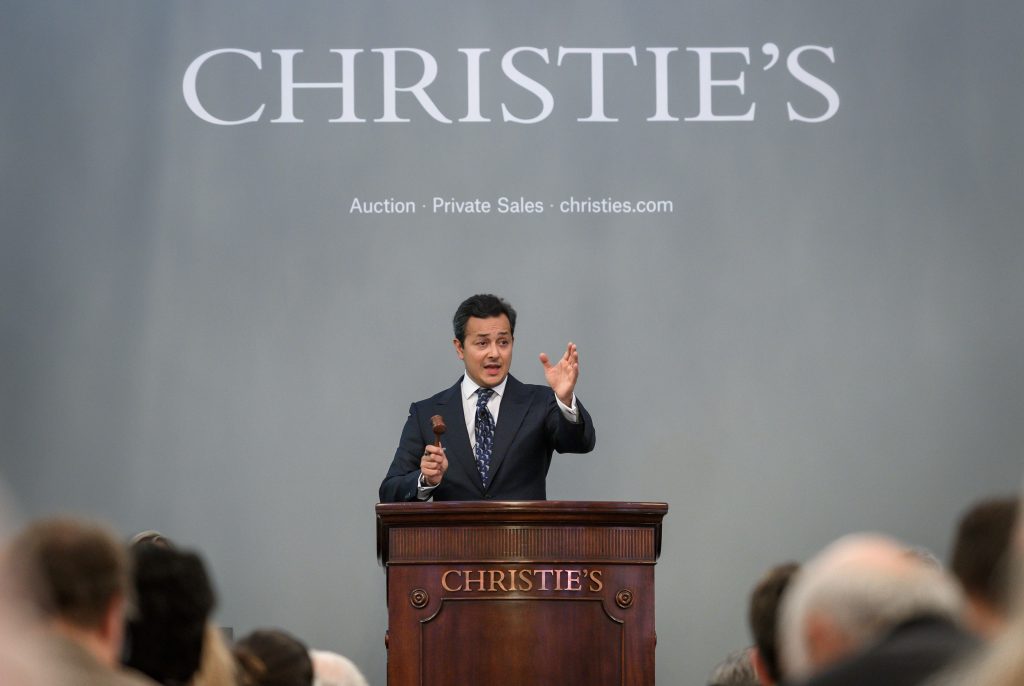 Christie’s sold the “Pink Legacy” diamond at auction Tuesday for more than $50 million including fees, saying it’s a new world record price per carat for a pink diamond.

Christie’s said that renowned jeweler Harry Winston was the buyer. The auction house had expected to fetch $30 million to $50 million for the nearly 19-carat, rectangular-cut stone, the largest fancy vivid pink diamond that it has ever put under the hammer.

It was the standout offering at Christie’s fall jewelry auction in Geneva. The standing-room only ballroom broke into applause after the auctioneer struck down a hammer price of $44.5 million. That excludes the standard “buyer’s premium” and other fees.

The stone once belonged to the Oppenheimer diamond family, and Christie’s says it’s among the most chemically pure gems.

Rahul Kadakia, Christie’s head of international jewelry, said that auction house has only sold four diamonds weighing more than 10 carats of the same color in its 251 years of history.

Christie’s sale kicks off two days of jewelry auctions in Geneva. On Wednesday, Sotheby’s will auction jewelry once owned by French Queen Marie Antoinette that hadn’t been seen in public for 200 years.