Mapping out Two Years of a Democratic House 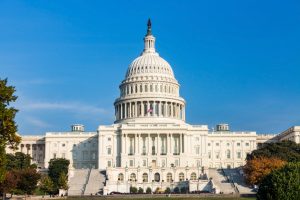 If nominated to be secretary of state, I could probably make the whole world love us, solve the Israel-Palestinian issue, diplomatically vanquish North Korea, get Crimea back from the Russians and isolate Cuba and Venezuela. And break some china along the way just to show who’s boss.

If elected Israeli prime minister, I could probably also solve the Palestinian issue, though dramatically differently than if I were secretary of state. I would bring the chareidim and secular together, get the world to agree to an indivisible Yerushalayim as capital, and have my pistachio ice cream and eat it too.

Alas, the world is missing my guidance. They’re not even asking me to run for dog catcher in Boro Park. But seriously, I have some great ideas.

Take the Democrats who will control the House next year. They’ve been gone from the seats of power for so long they probably don’t even know the way to the leadership restroom anymore. But if they want to have a successful run over the next two years and get renewal on the lease in 2020, I have some advice for them. They ignore it at their own peril.

Here’s the beef: I get Trump. I understand him very well. Reporters from the “Resistance” have turned press conferences into gladiator arenas where it’s their chance to go mano a mano with the president. Dear Democrats, I hope you are listening. Reporters who insult the office of the presidency must be condemned by you, from whom it will pack a bigger punch than if Republicans call them out.

Don’t call attacks on liberal donor George Soros “anti-Semitic” because he happens to be Jewish, while simultaneously casting conservative donor Sheldon Adelson as a dark purveyor of hate. Big donor money is either good or bad. Mocking Jewish donors is either anti-Semitic or it’s not. (Hint: It’s not.)

Don’t accuse Trump of egging on anti-Semites until you come to terms with the fact that the last Democratic president covered up on a 2006 picture of him smiling with Louis Farrakhan. Call him out and then there’s what to talk about.

And finally, for Heaven’s sake, stop promoting groups such as Women’s March. At least half their leaders are openly anti-Semitic and hate Israel. Hate, hate, hate Israel. Stay away from them like the plague.

Mighty selfish of them, I understand. They should stand aside for new leadership and not become the constant story of the Democratic party. But, c’est la vie, as the French say. That’s life handing you lemons. Just keep on promoting your young leadership and the past will hopefully get the hint.

You don’t even have the powers of the Senate. They will still be churning out confirmation after confirmation of conservative judges who will tilt judicial philosophy in this country for two generations.

Prison reform, perhaps, would be an excellent icebreaker for when you meet Paul Ryan for tea. Or a completed bill removing the cap for property taxes that last year’s legislation enacted. Or guaranteed coverage for pre-existing medical conditions. This is good for you, since it’ll show your voters that you deliver.

So separate the presidential race from what you want to do in Washington. You never know, you may keep the House even though you lose the White House. Or the opposite.

Just some good advice so your stay in the majority will have a bit more longevity than it did last time.