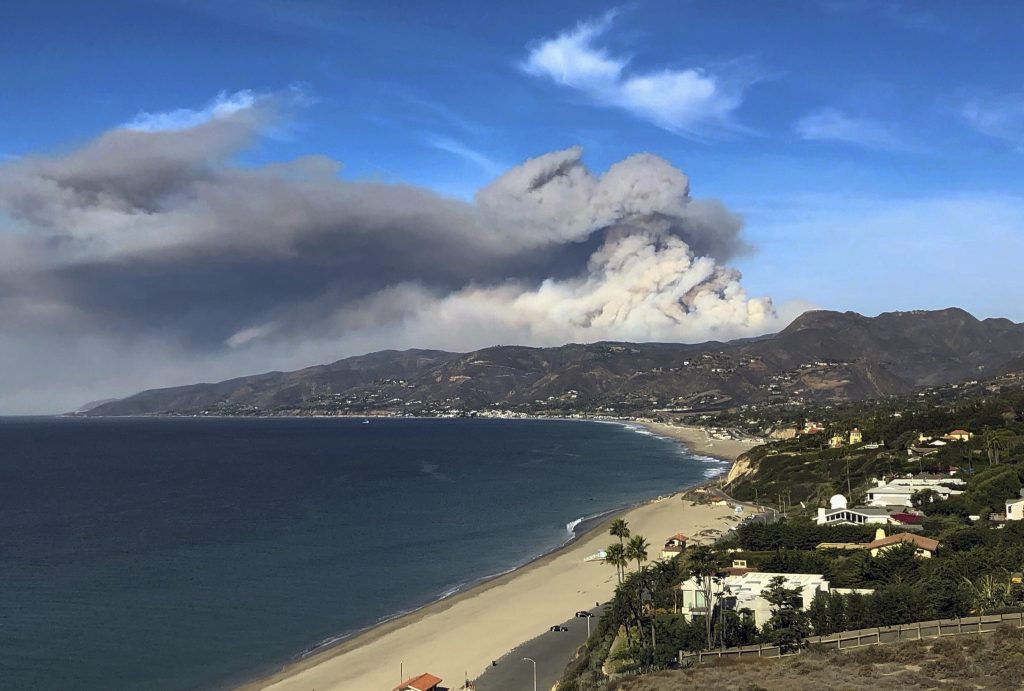 Firefighters struggled on Tuesday to contain the deadliest and most destructive wildfire in California history as a further 8,000 acres burned, and search teams resumed sifting through charred wreckage in a hunt for human remains.

The “Camp Fire,” raging about 175 miles north of San Francisco, has expanded to 125,000 acres, more than four times the area of the city, the California Department of Forestry and Fire Protection (Cal Fire) said.

The death toll remained at 42 people, the most on record from a California wildfire, and 228 individuals were listed as missing. More than 7,600 homes and other structures were destroyed, also an all-time high.

Much of the damage was concentrated in Paradise, a Butte County town of 27,000 that was virtually destroyed overnight Thursday, just hours after the blaze erupted.

The fire was 30 percent contained, suggesting a “big chunk” was under control, but full containment was not expected until the end of November and the progress would depend largely on the wind and the weather, Cal Fire spokeswoman Erica Bain said.

“Thirty percent is kind of where we’re getting close to rounding the corner. When we’re the 30s and 40s, they’re getting a good handle on it. By the end of this week I’d like to see that number up to 40, maybe 45,” Bain said.

Another Cal Fire spokesman said firefighters were more optimistic than in previous days, although he warned some populated areas were still at risk because of steep terrain and unpredictable gusts.

“Things look much better than yesterday, due to weather conditions,” Scott McLean told a briefing.

One-hundred-fifty search-and-recovery personnel were due to arrive in the area on Tuesday, bolstering 13 coroner-led recovery teams in the fire zone, said Butte County Sheriff Kory Honea.

The sheriff has requested three portable morgue teams from the U.S. military, a “disaster mortuary” crew, and cadaver dog units to locate human remains and three groups of forensic anthropologists.

In Southern California, two people died in the separate “Woolsey Fire,” which has destroyed 435 structures and displaced about 200,000 people in the mountains and foothills near Southern California’s Malibu coast, west of Los Angeles.

The Woolsey Fire was 35 percent contained, up from 30 percent a day earlier, Cal Fire said.

Some 8,700 firefighters from 17 states have been battling the wildfires, including the smaller “Hill Fire” in Ventura County, just north of Los Angeles County.

Authorities were probing the cause of the fires. A spokeswoman for the California Public Utilities Commission said on Tuesday the regulator has launched investigations that may include an inspection of the fire sites once Cal Fire allows access.

PG&E Corp, which operates in northern California, and Edison International, the owner of Southern California Edison Co, have reported to regulators that they experienced problems with transmission lines or substations in areas where fires were reported around the time they started.

Some evacuees in Malibu, a seaside community whose residents include a number of celebrities, were allowed to return home Monday but found themselves without power or cellphone service.

California has recently endured two of the worst wildfire seasons in its history, a situation experts attribute in large part to prolonged drought across much of the western United States.