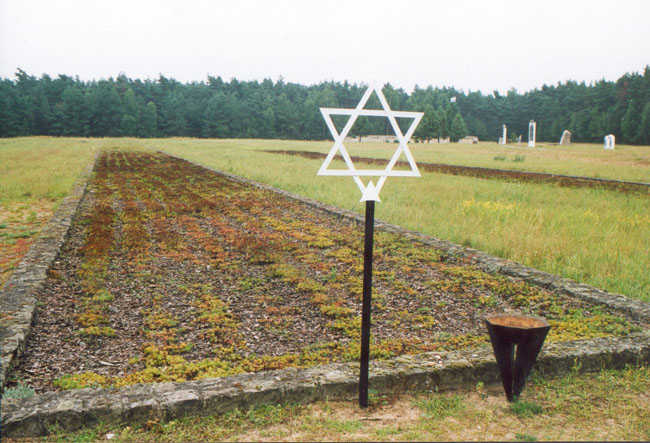 They were two brothers, Gerrer Chassidim, Leibel and Mendel. They lived in peace in Pabianicz, and later in Zduńska Wola. When the Holocaust broke out, they crowded into the city’s ghetto, and then were sent to Auschwitz. There, they were separated. After suffering immeasurably, they met up again in Italy, on the frum kibbutz of the remarkable Chassid, Harav Leibel Kutner, z”l.

They rose up from the ashes, leaving their departed families and loved ones behind, and forged ahead to build new homes. In Eretz Yisrael, they both worked to establish new Torah communities. Reb Leibel Brickman was one of the founders of Bnei Re’em, named for his Rebbe, the Imrei Emes of Ger, while his younger brother, Reb Mendel, established nearby Yesodot. This year, 70 years after the yishuv was established, Reb Mendel passed away — after giving an interview to Hamodia just before this past Shavuos in which he shared his memories of home, of the Holocaust and of rebuilding.

This generation is slowly dying out, fading away. This week also saw the passing of a member of this generation in America, the gabbai Rav Akiva Berliner, z”l, who, despite his reticence, was a remarkable and princely personality. There are so few Holocaust survivors remaining with us, and even fewer who are willing to share their life story.

But as much as it is incumbent upon them to relate the stories, it behooves us to document them and preserve them. Those who experienced the events of those days sometimes prefer to take refuge in their memories and sink back into their past, but we have an obligation not to let them do that. Their past is our glorious present.

Chazal tell us, “Baruch shemasar olamo l’shomrim,” Blessed is Hashem for giving His world to the guardians. Hamodia’s publisher plays an integral role in this guardianship. Her monumental work, Witness to History, is one of the most comprehensive and unique documentations of our generation. But that is not enough. We are all second- and third-generation descendents of survivors of the ghettos and the camps. We lived with numbers on the arms of our grandmothers and grandfathers. Now it is our obligation to etch those numbers in the hearts of our children, and to indelibly imprint them into their consciousness, especially in our times, when so many are trying to banish all memory of what happened.

The massacre two weeks ago in the Tree of Life congregation in Pittsburgh took us back 80 years in time. Reb Shlomo Tessler, a resident of Tzfas, was a little boy in Germany when the windows of his house rattled and hundreds of shuls and sefarim went up in flames. He still remembers the black smoke curling into the skies of Germany just prior to the outbreak of the war. That night, Kristallnacht, was burned into the mind of a small, frightened boy, as a night when Jewish blood was let.

It emerges that, today, we have similar things to worry about: That terrorist from Pittsburgh was a radical nationalist with an anti-Semitic background. He was a member of radical right-wing groups, which, for some reason, have not yet been rendered illegal in the United States. He expressed his hatred for Jews as he launched his deadly rampage, shouting: “All Jews must die!”

We, the grandchildren of the Holocaust survivor generation, have more than an ethical obligation to relate the stories of those who did not capitulate and who relaunched their lives from scratch; to document the moments from the past when efforts were made to annihilate and diminish the Jews; and to eternalize the memory of the Kedoshim and the precious souls who sanctified the Name of Hashem. That is the little bit that we can do today in their memories.

During my last visit to Chelmno, I discovered one of its darkest secrets: Chelmno is located in a thick forest near Lublin. The Jews were loaded onto trucks, and when the trucks were closed, the Nazis pumped gas fumes into them and the Kedoshim were asphyxiated. They were then thrown into the forest and buried on the spot. Today, almost 80 years later, the blood of the Kedoshim still bubbles at the site. The bones of the Chelmno victims continually peek through the surface, refusing to remain buried.

The Polish government has covered the site with cement several times, but, after a period of time passes, the bones appear once again. It is a horrific, chilling sight, and the realization of the words “Eretz, al techasi damam,” “Earth, do not cover their blood.”

That is the will of the holy martyrs, and it is a commandment for the living: Remember, do not forget.