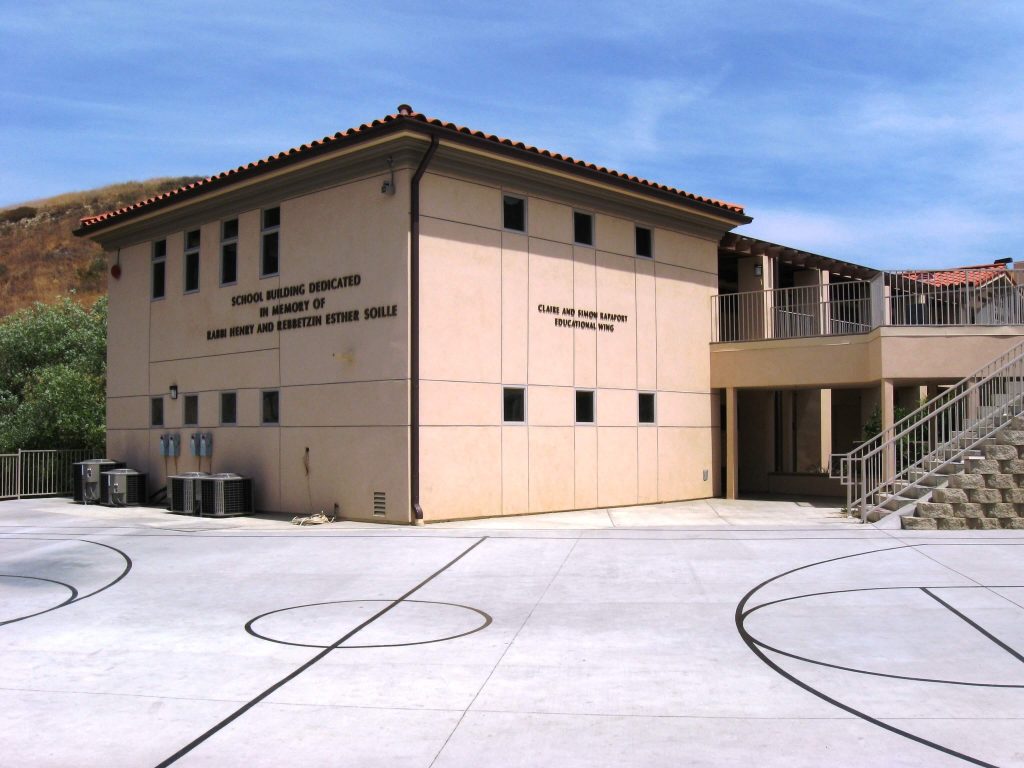 As wildfires threatened areas in both southern and northern California, the Orthodox community of Calabasas was one of many deeply impacted by evacuation orders issued suddenly last Friday afternoon. Despite the travails of a rushed departure from the area, the area’s yeshivah, shul and its membership was spared the danger and property damage that affected much of the surrounding area.

Mesivta of Greater Los Angeles, located in Calabasas, said that the yeshivah made the decision to leave the area as fires were nearing the neighborhood last Thursday. Its Rosh Yeshivah, Rabbi Shlomo Gottesman, said that the campus had been saved by “nissim.”

On Friday morning, a burning ember fell on one of the yeshivah’s buildings but was quickly extinguished before it could cause any damage.

“There was a fireman there — but there was no reason for him to have been there at the time. He saw it fall, got a truck and was able to put out the fire. We know why he was there: because the Ribbono shel Olam wanted him to be there,” Rebbetzin Bella Gottesman, who runs the yeshivah’s office, told Hamodia. “If he wouldn’t have been there, the whole yeshivah could have gone up in flames.”

Before leaving, Rabbi Gottesman removed the yeshivah’s sifrei Torah and scrolls of Neviim, and its talmidim moved into the Adas Torah shul in Los Angeles’ Pico Robertson neighborhood.

Monday evening, authorities informed the Rosh Yeshivah that the brush around the mesivta had burned up and that the campus was no longer in danger.

“That’s also a nes,” said Rebbetzin Gottesman. “Everything around it was burned to a crisp, but the yeshivah is fine.”

Calabasas is a suburb of Los Angeles some 45 minutes away from the larger Orthodox community concentrated in the city neighborhoods of Pico Robertson and Hancock Park. It is one of several areas that has been affected by the fast-moving Woolsey fire, which has claimed several lives and caused millions of dollars in property damage.

In addition to the mesivta, whose talmidim live in a dormitory, the area is home to The Calabasas Shul with a membership of roughly 50 families.

Rabbi Yaakov Vann, who leads the shul, said that most families found out about the evacuation order suddenly on Friday afternoon and were forced to grab some basic necessities and flee.

“It was very traumatic for a lot of people to have to grab their things and run,” he told Hamodia. “It was Erev Shabbos, but people found friends and relatives in other areas to go to quickly.”

At the time, the Rabbi’s family was attending an event in Irvine, a city about two hours away, and he was leaving his house on Friday afternoon to join them for Shabbos.

“We didn’t have any reason to think we would be evacuated, but when I was on my way out, I saw the clouds of smoke coming over and decided to take the two newer sifrei Torah with me,” he said.

After the evacuation was complete, the road in and out of Calabasas was closed. When a member of the shul returned to the shul to remove the remaining sefer Torah on Motzoei Shabbos, he was only allowed to do so on foot.

Rabbi Vann said that the fire largely spared the inner section of Calabasas, and that while many in the broader area suffered major property loss, his congregants’ homes remained safe.

On Tuesday, residents of the town received word that they could return home. The shul building, however, will remain closed while authorities test the air quality. In the meantime, the shul has arranged to daven in a local public school.

“It has not been easy, but baruch Hashem we are safe,” said Rabbi Vann. “Both the city and the Los Angeles frum community really pitched in to do what they could to help. I got so many calls from organizations and people just asking if there was anything they could do for us. It was a tremendous display of chessed and achdus.”