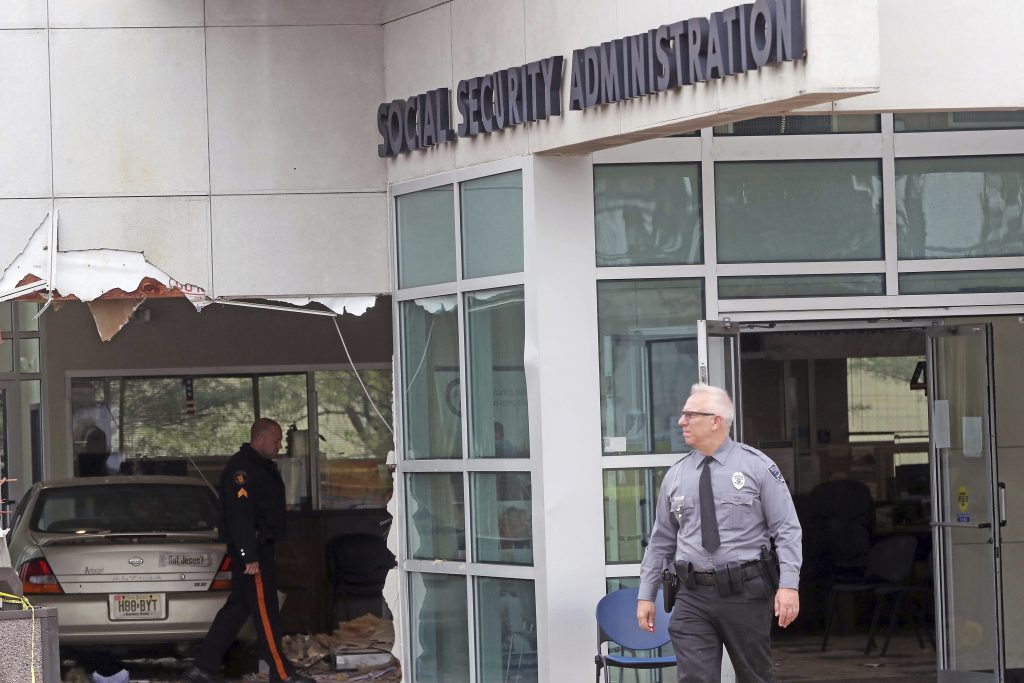 Police say 20 people were injured when a car crashed through the front of a Social Security office in New Jersey.

Egg Harbor Township police say the crash happened around 10 a.m. Tuesday when 56-year-old Donna Woodall was attempting to park. Authorities say the Atlantic City woman crashed her car into the lobby of the building where many people were waiting.

One of those injured was in critical condition, one was in serious condition and the rest sustained minor injuries.

Authorities say the crash appears to be an accident. Its exact cause remains under investigation.

The building was deemed to be structurally sound after the crash.