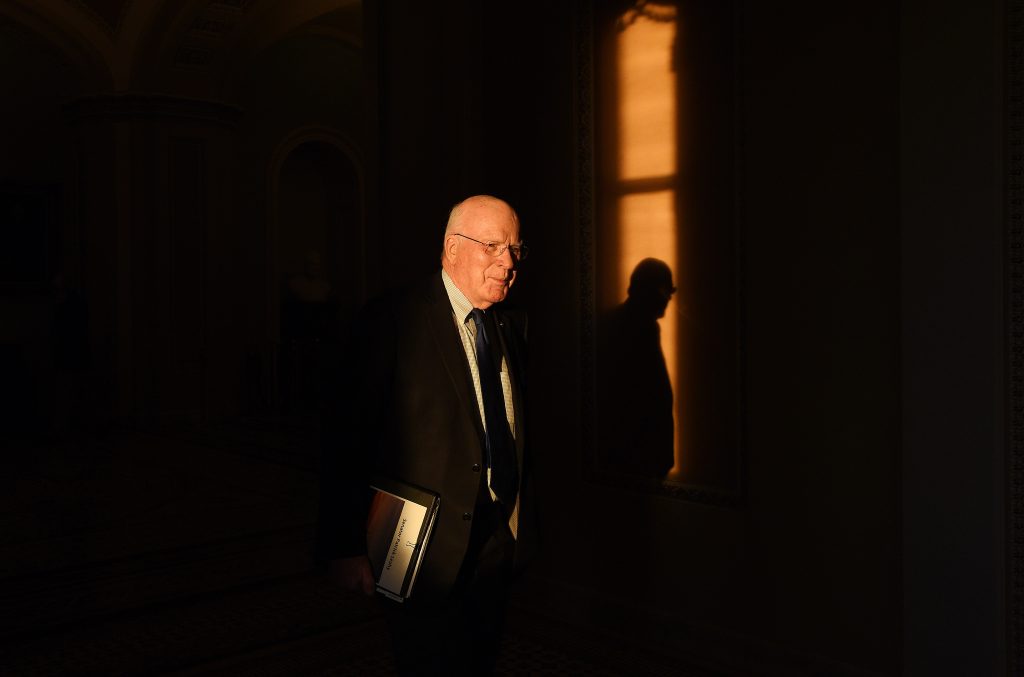 The top Democrat on the Senate Appropriations Committee said Monday that Democrats will push for $720 million for wildfire relief amid the massive ongoing fires in California that have killed more than two dozen people and destroyed tens of thousands of homes.

Sen. Patrick Leahy of Vermont dismissed criticism from President Donald Trump blaming the fires on poor fire management in California and threatening to cut off federal dollars unless the supposed problems are remedied.

“You have firefighters risking their life,” Leahy told reporters on a conference call. “For them to see a tweet saying the U.S. Government won’t support you, come on.”

“That’s why you can’t do complex government by tweet,” Leahy said, adding that if Trump were asked to explain exactly what was amiss with fire management in California, “I’m sure he’d have absolutely no idea.”

President Trump said on Twitter Saturday: “There is no reason for these massive, deadly and costly forest fires in California except that forest management is so poor. Billions of dollars are given each year, with so many lives lost, all because of gross mismanagement of the forests. Remedy now, or no more Fed payments!”

The push for funding to help California fight fires will come as Congress reconvenes this week for a post-election lame-duck session. First on the agenda is completing must-pass spending bills to keep the government operating ahead of a Dec. 7 deadline when money for a handful of agencies – including the Department of Homeland Security – will run out absent action from Congress and Trump. The wildfire money would likely be attached to the spending legislation.

Leahy said there will need to be additional disaster relief money for ongoing hurricane recovery in Texas, Florida and elsewhere, including Puerto Rico where Trump has also criticized the government response. The administration has not made an official disaster funding request to Congress, but Leahy said Democrats would push for congressional action anyway.

“I think that there’s going to have to be money for a number of natural disasters that occurred throughout the country, it’s not just the fires in California,” Leahy said. “And what I would not agree to is have one face off against another. The United States has disasters, we have to come together and face them in the same way we would with a military threat or anything else.”

He said the total sum in question was not clear, but “it will be significant” and that Democratic and Republican staffers were working to determine the amounts needed.

Leahy was asked about President Trump’s desire to stop sending disaster aid to Puerto Rico for Hurricane Maria, which was first reported by Axios and confirmed to The Washington Post on Monday by a person familiar with the situation who spoke on the condition of anonymity to disclose confidential deliberations.

“Puerto Rico’s part of the United States . . . That means more than throwing paper towels,” Leahy said, referring to Trump’s behavior on a post-hurricane visit to Puerto Rico when he tossed paper towels into the crowd.

“They are part of the United States, and we need to continue to help,” he said.

On the California wildfires, Leahy said the sum needed was between $715 million-$720 million and probably closer to $720 million. “We’re going to press for it in the final bill. Withholding funds is not the solution, and we will fight for it,” Leahy said.

FEMA still has some $25 billion in its Disaster Relief Fund, so the government has capacity to respond even without immediate congressional action.