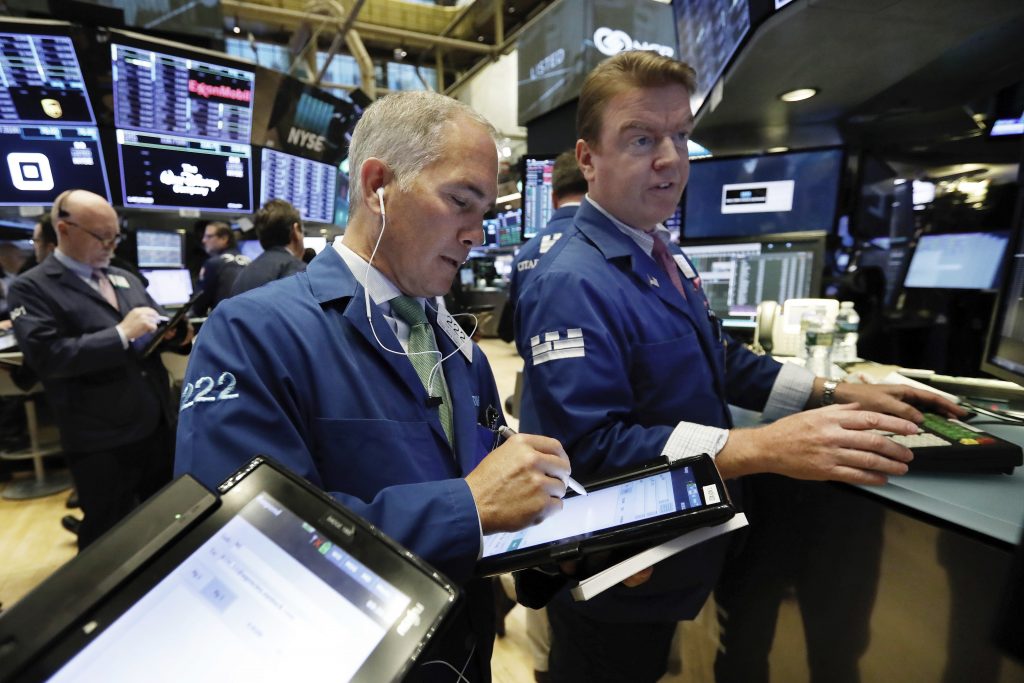 THE QUOTE: “Tech is definitely weighing (on the market),” said Lindsey Bell, investment strategist at CFRA. “The question really is growth. We continue to like tech going into next year, but we think it could be a little bit of a rocky period for the group as we continue through the last two months of the year.”

“Expectations are really that the deregulation process that has benefited banks up to this point is going to be slowed down with the Democrats in charge,” Bell said.

ON SHAKY GROUND: AECOM sank 8.2 percent to $30.05 after the engineering and construction company reported quarterly results and an outlook that disappointed Wall Street analysts.

MAJOR MAKEOVER: Shares in cosmetic maker Coty rose 1.9 percent to $8.65 after the company said CEO Camillo Pane, who led the company for two years, has resigned for family reasons. Pierre Laubies, who last ran JDE, a beverage company, takes over immediately and will also have a seat on the board.

ENERGY: Benchmark U.S. crude bounced back from 10 days of losses, climbing 1 percent to $60.79 per barrel in New York. Brent crude, used to price international oils, picked up 1.1 percent to $70.93 per barrel in London. Oil futures rose on news that major producers planned to reduce output. Saudi Arabian energy minister Khalid al-Falih said Sunday that the kingdom will reduce exports by around 500,000 barrels a day from November to December. Russian oil minister Alexander Novak said at a meeting of oil producers in Abu Dhabi that his country was open to cuts.