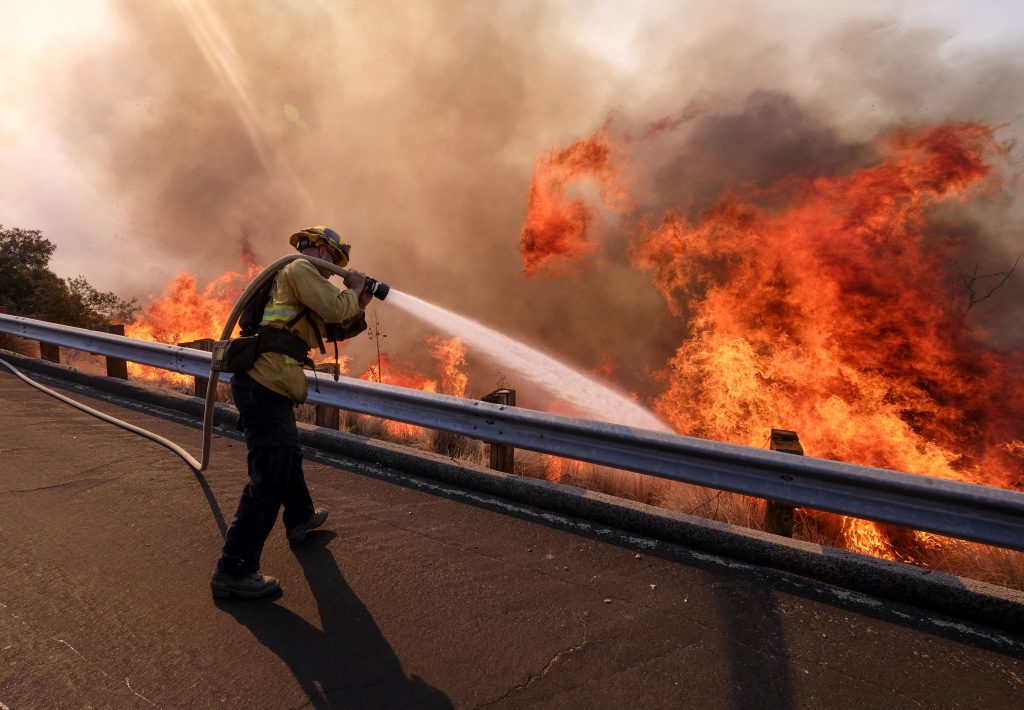 Some residents who fled Southern California’s huge wildfire were allowed to return home on Monday, but hundreds of thousands remained under evacuation orders as authorities said the number of homes that burned was expected to grow significantly.

Firefighters managed to prevent about 57,000 homes from destruction by the so-called Woosley fire as it raged along a path which is 20 miles long and 14 miles wide from northwestern Los Angeles through suburbs and the Santa Monica Mountains to the Malibu coast, Osby said.

He estimated that about 200,000 people were still under evacuation orders after repopulation of some neighborhoods began late Sunday along with the reopening of the U.S. 101 state highway that runs through the fire zone.

Gusty, dry Santa Ana winds returned Monday and fanned several much smaller new fires and containment of the Woolsey fire was estimated at just 20 percent. Despite the windy conditions, there were no big flare-ups and blue sky replaced the massive smoke plumes of previous days.

The death toll there remained at two, a pair of adults found last week in a car overtaken by flames who have not been identified.

At least 29 people were confirmed dead in the wildfire that obliterated the Northern California town of Paradise, equaling the deadliest blaze in state history, and the search for bodies continued on Monday.

“If there is a fire in your neighborhood do not wait for an evacuation order — leave,” he said.

His found his house intact, but dozens were destroyed just half a block away and virtually everything around the community had turned to ash.

“I just started weeping,” Kelly said. “I just broke down. Your first view of it, man it just gets you.”

The fire’s cause remained under investigation, but Southern California Edison reported to the California Public Utilities Commission that there was an outage on an electrical circuit near the location where the fire started as the Santa Ana winds blew through the region.

Osby said Monday that nothing has been ruled out for the fire’s cause.

Osby said he did not “want to politicize our efforts right now” when a reporter asked him about a Saturday tweet from President Donald Trump asserting there was no reason for California’s massive, deadly and costly fires except for “gross mismanagement” of forests.

“I can tell you we’re in extreme climate change right now,” Osby said. “We don’t control the climate. We’re doing all that we can to prevent incidents and mitigate incidents and save lives.”

He added: “I personally find that statement unsatisfactory and it’s very hurtful for all first-responders that are putting their lives on the line to protect lives and property.”