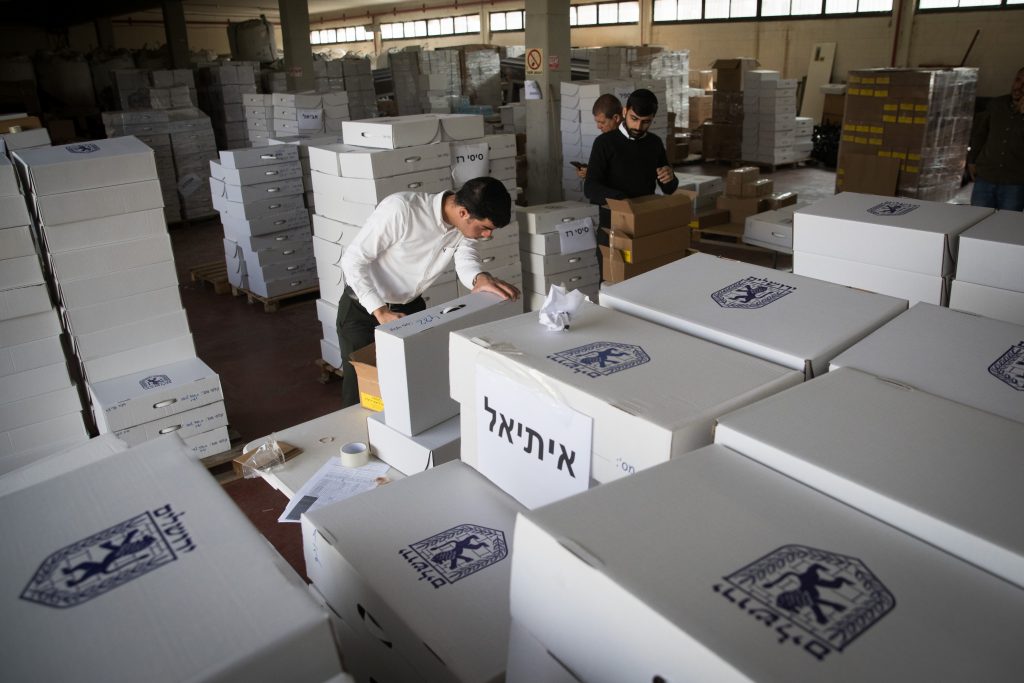 Second-round elections for the heads of cities, local councils, and regional councils take place on Tuesday – but unlike on Election Day on October 30th two weeks ago, this Tuesday will not be a day off for Israelis. Poll hours will also be significantly shortened; instead of at 7:00 as two weeks ago, polls will open only at 1:00 in the afternoon. The last votes need to be in by 10:00 p.m.

The runoff elections are taking place in localities where a candidate in the elections two weeks ago did not achieve a plurality of at least 40 percent of all votes. In those cities, the two top vote-getters will compete, with the candidate with the largest number of votes declared winner. Elections will be taking place in dozens of cities and towns, including some of the largest – among them Yerushalayim, Rosh Ha’ayin, Ra’anana, Kfar Sava, Ramat Gan, Ramat Hasharon, and others.

In Yerushalyim, the contenders for the vote are former city official Moshe Lion and former Deputy Mayor Ofer Berkovitch. According to the Interior Ministry, there are 638,065 eligible voters in the city. Results from Election Day show that Lion received 81,426 votes, or 33 percent of the total, with Berkowitz getting 73,079 votes, 29 percent of the total. Only 39 percent of eligible voters came out to the polls, far less than the national average of about 62 percent, and despite the fact that Election Day was a day off.

While the process on Election Day and in advance of the second round of elections where relevant has been relatively smooth, with no more than several dozen complaints of voter fraud, one town where emotions have run high has been in the village of Kafr Manda. On Sunday, a violent fight between supporters of the two factions running in the Arab village in the lower Galilee resulted in the arrest of 17 people, following riots Saturday in which 27 people were arrested. Since October 30th, over 140 people have been arrested in rioting in the village.