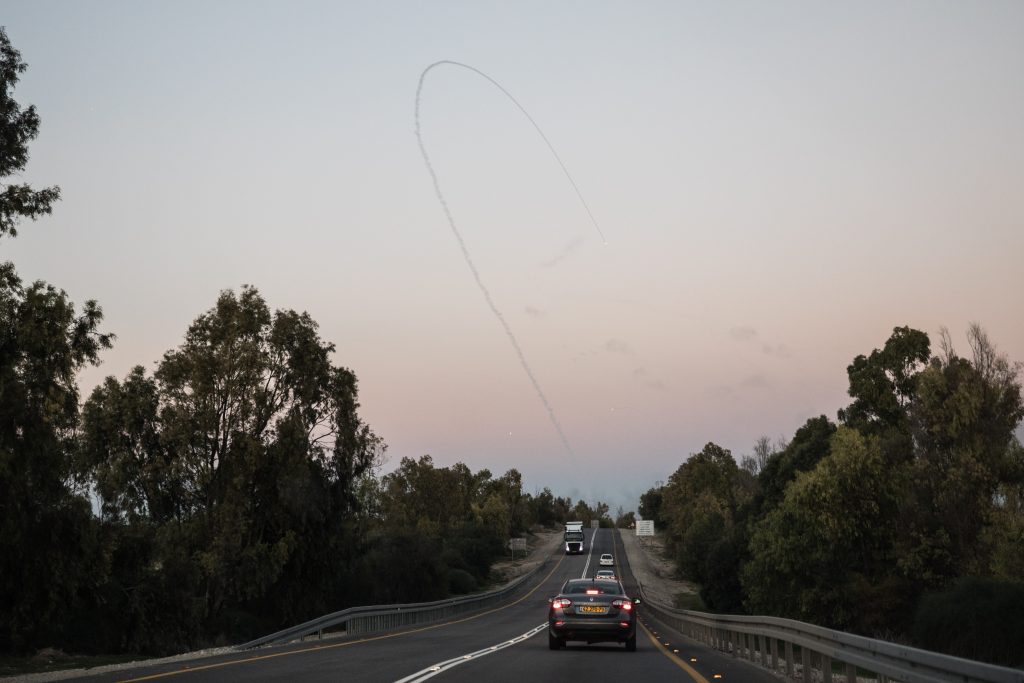 Air raid sirens were sounding in Ashkelon and other southern communities at just after 9:30 p.m. on Monday, sending thousands of Israelis to bomb shelters in another heavy barrage of rockets and mortars.

A rocket hit a residential building in Ashkelon, lightly injuring a 40-year-old man from shrapnel, and resulting in a number of others requiring treatment for shock, according to initial reports.

Meanwhile, the IDF reports that Iron Dome has brought down dozens of rockets out of the roughly 300 which have now been launched against Israel on Monday