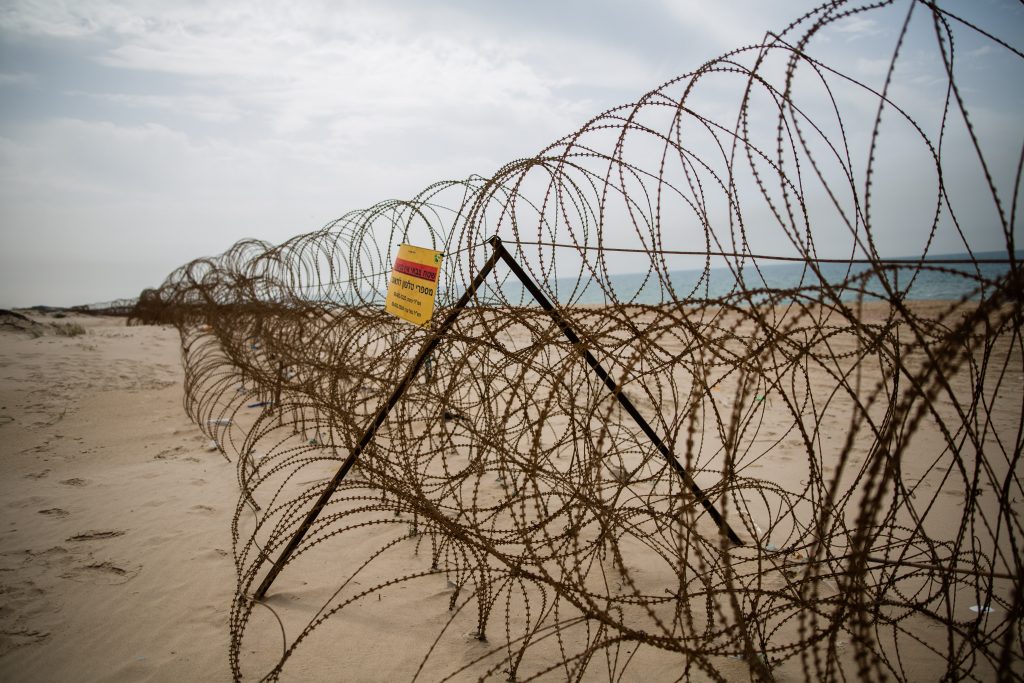 A Gaza Arab terrorist who sneaked into Israel Friday and set fire to a hothouse in the border community of Netiv Ha’asara was able to do so because nobody was looking, Hadashot News reported Monday – because an IDF lookout post next to the community had been shut down. Angry residents railed against the decision, saying that they were to be the next “victims of peace. If this is what we can expect from an ‘arrangement’ with Hamas, it is clear that the government is using us as guinea pigs to see what will ‘fly’ with Hamas.”

After Sunday night’s events, in which a senior IDF officer was killed in a battle with Hamas terrorists and the terror group fired 17 rockets at Israel, it was not clear what the fate of the Egyptian-brokered agreement for quiet on the border fence would be. Residents of the border area have strongly opposed any talks with Hamas, demanding that the IDF be unleashed to restore quiet.

The incident Friday night occurred just hours after Israel authorized the transfer of $15 million in cash to Gaza, in order to enable Hamas to pay its terrorists. In the incident, the terrorist apparently sneaked into Israel through a breach in the border fence, reaching Netiv Ha’asara, which is located a few hundred meters from the border fence. The terrorist hid in one of the hothouses on the moshav and set it on fire. He was later arrested.

On Motzoei Shabbos Channel 20 reported that this was the seventh time the same terrorist attempted to enter Israel by breaking through the border fence. In each instance – including the one Friday night – he was questioned and released back to Gaza. The report quoted a senior IDF official as saying that “there is no doubt that we have a problem. I can only imagine what would have happened had this terrorist been armed with a hand grenade.”

Responding to the Hadashot News report, the IDF said that it could not discuss the closure of the outlook post. “Changes in how forces are deployed in the field are made based on the situation at a specific time. We cannot discuss the specifics of how that deployment takes place.”