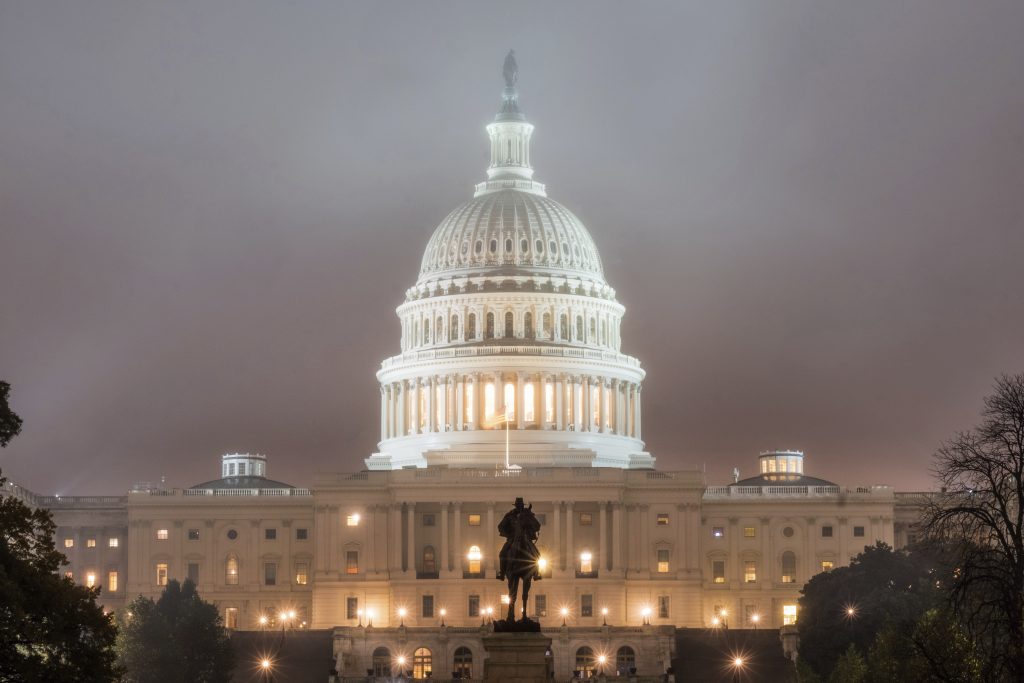 Liz Cheney has had a quiet first term as congresswoman, but that’s about to change. She’s seeking a House Republican leadership post that’s key to her party’s strategy against next year’s Democratic majority.

If she succeeds, Cheney will be the only woman in House Republican leadership — and follow in the footsteps of her father, former Vice President Dick Cheney, who won the same post more than 30 years ago.

She is seeking the position of GOP conference chair, which would put her at the forefront of the House GOP’s communications strategy when Democrats take over the chamber in January. House Republicans are looking for a more forceful approach to communications.

“We’ve got to change the way that we operate and really in some ways be more aggressive, have more of a rapid response,” Cheney told The Associated Press in an interview.

The Republican leadership elections are set for Wednesday. The conference chair is the third-ranking position and comes with several duties, including organizing regular weekly meetings and developing the GOP’s message to voters.

Cheney is running unopposed after the current chair of the conference, Rep. Cathy McMorris Rodgers of Washington, declined to continue in the post.

Cheney’s father, former Vice President Dick Cheney, won the conference chair position more than 30 years ago after four terms as Wyoming’s congressman. By landing the position after just one term, Liz Cheney would leave little doubt that she’s a rising political star in her own right.

Back home in deep-red Wyoming, most quit questioning Cheney’s political chops a while ago.

She won re-election last week with 64 percent, beating a little-known Democrat. It was the widest margin in Wyoming’s congressional race since 2014, when Republican Rep. Cynthia Lummis beat a Democrat living in Arizona whose campaign consisted of recorded puppet and stuffed animal shows.

“She’s just been gathering strength as she goes on,” said one of Cheney’s primary opponents this year, Rod Miller, a retired ranch manager from the southeast Wyoming high country.

Since winning office by a wide margin in 2016, Cheney has served on the Armed Services and Natural Resources Committees. More remarkably for a freshman member of Congress, she landed a seat on the Rules Committee, which sets the terms for floor debate on legislation.

“That kind of is an indication that she has a constituency within the Republican conference — that she would be considered knowledgeable on issues, someone who is going to help advance the party’s leadership agenda,” said University of Wyoming political science professor Jim King.

The Republican conference chairmanship will be especially important now that Republicans look to rebrand themselves after losing the House majority, or at least improve their messaging to voters.

Deregulation, such as rolling back parts of the Dodd-Frank banking reform law, and federal income tax cuts are important accomplishments that Republicans can sell to voters, Cheney said.

“I think now the American people will have a chance to compare what we accomplished and what the Democrats do now that they’re in the majority,” Cheney said.

Cheney would give a fresh face to the party in the No. 3 role. The top two jobs will likely by filled by Kevin McCarthy of California and Steve Scalise of Louisiana, who are already in leadership. Yet having the Cheney brand at the forefront of the GOP communications apparatus could set a mixed tone.

And as a woman in leadership, she’ll face questions about what Republicans acknowledge is a yawning gender gap as their side of the aisle is made up of mostly white men. After the midterm elections, the ranks of Republican women in the House declined.

Less certain is whether Cheney’s style will appeal to those voters in suburban districts, particularly women, who flipped Republican-held seats to Democrats this year. Republicans will need those voters if they hope to win back the House majority in 2020.

Cheney has seen little notoriety lately compared with five years ago, when she launched an ill-fated campaign to oust Wyoming’s popular Republican senior senator, Mike Enzi. Labeled a carpet-bagger for having moved to Wyoming from Virginia barely a year earlier, Cheney was unpopular with proponents of some liberal agendas.

She bowed out eight months before the primary but didn’t give up on politics. She continued touring Wyoming, forming — and in some cases mending — the relationships she needed to dominate a crowded U.S. House primary two years later.

Her past experience as a Fox News commentator and State Department employee now give her valuable media and policy experience for the conference chairman job, Cheney said.

“It’s an opportunity that’s going to be focused on what it takes to get the majority back,” she said.