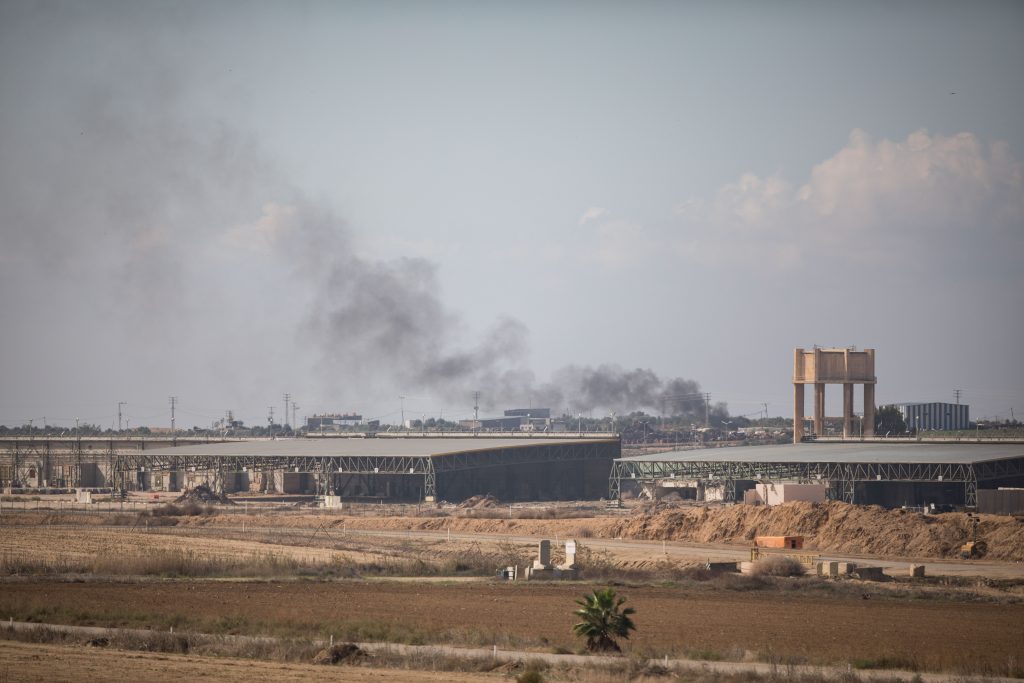 Lt. Col. M., the IDF officer killed in combat Sunday night in Gaza, is to be laid to rest on Monday afternoon. Details about the location of the funeral, as well as the officer’s identity, will not be released, and the media will be banned from covering it. Those who know the details of the incident or of M.’s identity are asked to keep the details to themselves, the IDF spokesperson said Monday. “Please refrain from sharing information about those injured in the incident, or other details, other than what appears on the official platforms of the IDF, or that have been distributed by the IDF to the public in statements.”

Meanwhile, several MKs were sharply criticized for sharing the details of the deceased officer themselves, Yediot Acharonot reported. According to the report, Zionist Camp MK Shelly Yechimovich posted a photo of M. with his two children. M.’s face was brushed out. “His name will never be released, apparently,” she wrote in a tribute to the officer. “None of his neighbors were even aware of his heroic actions on behalf of Israel. I participate in the suffering of the family and send them condolences.” Also accused of violating censorship laws on releasing details of the incident was MK Kessenia Svetlona (Zionist Camp).

IDF Spokesperson Ronen Manulis told the newspaper that “the ability of these units to work and be effective depends on their remaining in the shadows. It is because of this that M.’s neighbors discovered only this morning that he was the fighter involved in the incident. Unfortunately, social media is full of information released by unauthorized people that leads those on the other side to gather details on our operations and personnel that they do not need to be privy to.”

Finance Minister Moshe Kahlon said that “anyone who has heard any information spreads it via social media. This does not help, and in fact it hurts. I have no doubt that the average citizen does not want to cause harm to IDF soldiers or to Israel’s security. As a cabinet member who is familiar with the system, I can definitively say that these leaks harm the ability of our soldiers to carry out their missions.”

Prime Minister Binyamin Netanyahu, who had been in Paris to participate in the events marking the 100th anniversary of the end of the First World War, arrived home early Monday, after cutting short his visit in the wake of Sunday night’s incidents. Israel, said Netanyahu, “owes Colonel M., who was killed in the operation, a great debt. The day will come when the story of his bravery can be told. I salute Colonel M., his family, and his comrades in arms.”