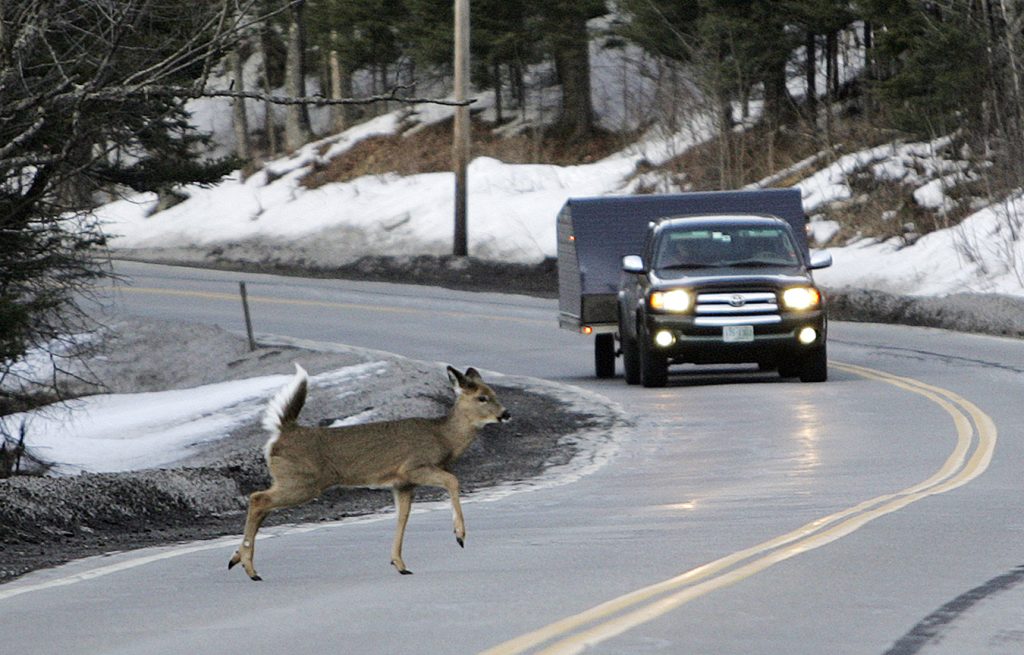 A driver in New Jersey escaped a near-disaster when a deer flew through her windshield and landed in the back passenger seat of her SUV.

Authorities say the deer darted in front of 36-year-old Melissa Misthal as she was driving southbound early Monday on Route 9 in Howell.

Misthal tried to avoid the deer but couldn’t. The force of the impact sent the animal airborne and into her front windshield.

Authorities praised Misthal for keeping calm, noting that she pulled over safely despite being injured and not knowing if the deer was still alive.

Police say the deer was found dead inside the SUV. Misthal was treated for a minor injury at the scene.