Israel Chief of Staff: Israel Owes ‘More Than We Can Say’ to Officer Killed in Gaza Operation
Israel 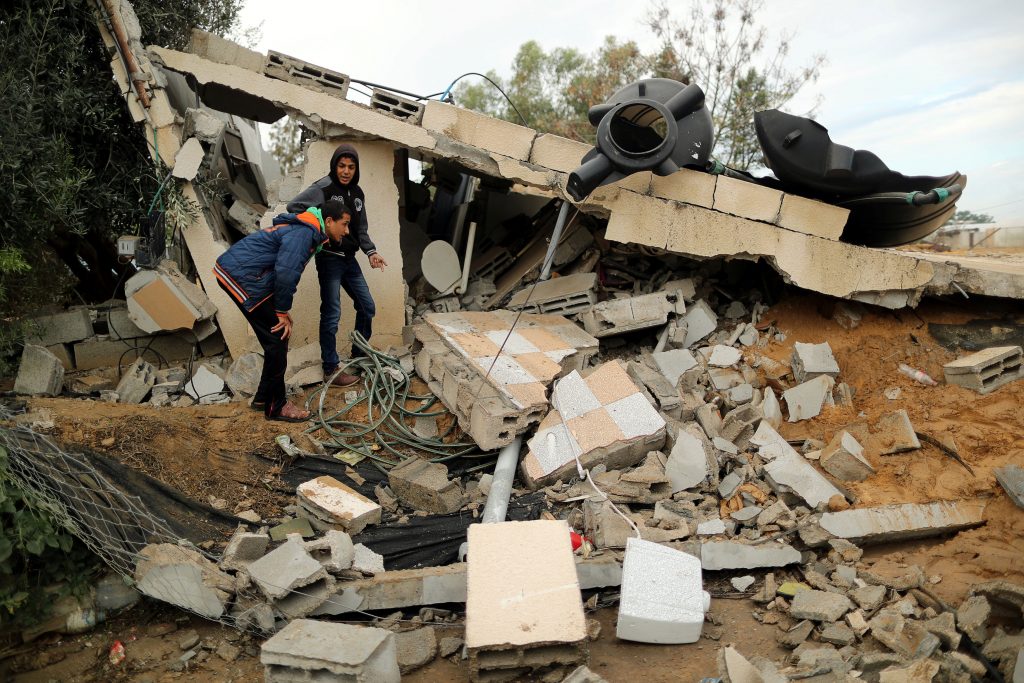 After 17 rockets were fired by Gaza Arab terrorists at Israel overnight Sunday, the IDF is moving more Iron Dome anti-missile defense systems to the Gaza border area, the army said.

Schools were closed in the Gaza border area Monday, and Israel Railways suspended service on some lines in the south. Farmers were told not to send workers out into their fields as well, and planes landing at Ben Gurion airport had their routes changed to avoid the skies over the south.

Prime Minister Binyamin Netanyahu, who had been in Paris to participate in the events marking the 100th anniversary of the end of the First World War, arrived home early Monday, after cutting short his visit in the wake of Sunday night’s incidents.

The Red Alert warning system sounded over a dozen times overnight, as Gaza border residents scurried to bomb shelters. Seventeen rockets were fired at Israeli targets, most of them falling in open areas. The Iron Dome system destroyed three of them.

Speaking Monday morning after an evaluation of the situation, IDF Chief of Staff Gadi Eisenkott said that the incident late Sunday in which a high-ranking IDF officer was killed, and a second injured, was an important one for the country’s defense.

“A special IDF unit operated Sunday night in a mission that had important security considerations,” Eisenkott said in a statement. “Our ground and air forces acted bravely and precisely. Israel and the IDF owes Colonel M., who was killed in the operation, far more than we can tell.”

The precise nature of that operation remained a mystery Monday, but Gaza sources said that Israeli forces had blasted numerous targets near Khan Yunis in an air raid overnight Sunday. At the same time, ground forces engaged in a shooting battle with Hamas terrorists, with seven of the terrorists killed, including Nur Baraka, one of the top officials in the Hamas military wing.

According to Hadashot News, the IDF forces entered Gaza and penetrated some three kilometers into the strip in what was supposed to have been a secret operation. The Israeli forces were discovered, and a gun battle ensued, with the Israeli soldiers fighting as they attempted to withdraw back to the border. Israeli planes strafed the Hamas terrorists in order to enable the Israeli forces to move back. They were eventually able to do so.

On Monday, Hamas released a photo of what it claimed was the vehicle that the Israeli soldiers had been using. Taken near the border, the photo showed a vehicle that was heavily bombed.

Speaking early Monday, IDF Spokesperson Ronen Manulis said that the operation Sunday night was “just one of many that take place all the time. These operations are designed to increase our defense capabilities.”

The Israeli soldiers who were involved in the operation were extracted by other soldiers, and the extraction “was an act of great bravery that will yet be studied” by officers in the future. “With that, we have some lessons to learn from this operation,” he said.

“The purpose of this operation was not to target any specific Hamas terrorists or to kidnap terrorists and bring them back to Israel. More than that I cannot say,” he added.