Israel Chants of Revenge at Funeral for Gaza Terrorists
Israel 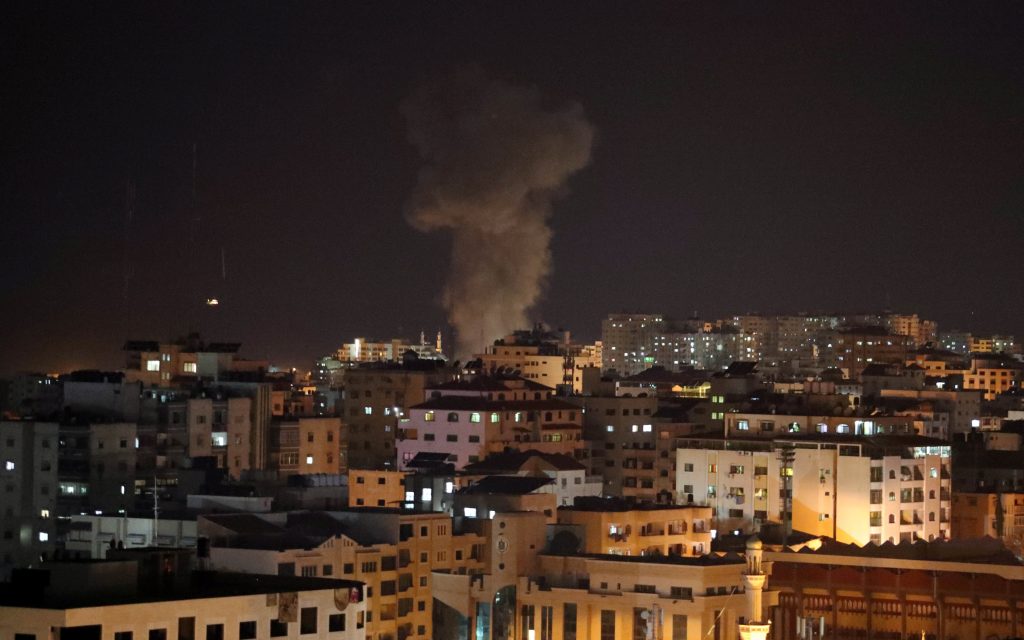 Demands for revenge were chanted by masked gunmen at a mass funeral on Monday for 7 Palestinian terrorists killed by IDF forces the day before.

Hamas beefed up security measures after the incident, setting up checkpoints across the Palestinian enclave after IDF soldiers had penetrated the area on Sunday, The Times of Israel reported.

The group also canceled a weekly protest along the border with Israel. The organizers said Monday’s protest was postponed “due to the ongoing security situation.”

An IDF special forces unit entered Gaza on Sunday night on what the Israeli military says was an intelligence-gathering mission. However, details of the operation could not be published by order of the military censor.

U.N. peace envoy Nikolay Mledenov is said to be in contact with Israeli and Hamas officials in an effort to restore calm on the Gaza border, the Kan public broadcaster reports.

Emanuele Giaufret, European Union Ambassador to Israel, tweeted: “Following with great concern the situation and the indiscriminate firing of rockets towards the south of Israel. Attacks on civilians are unacceptable and need to stop. Everyone must step back from the brink.”