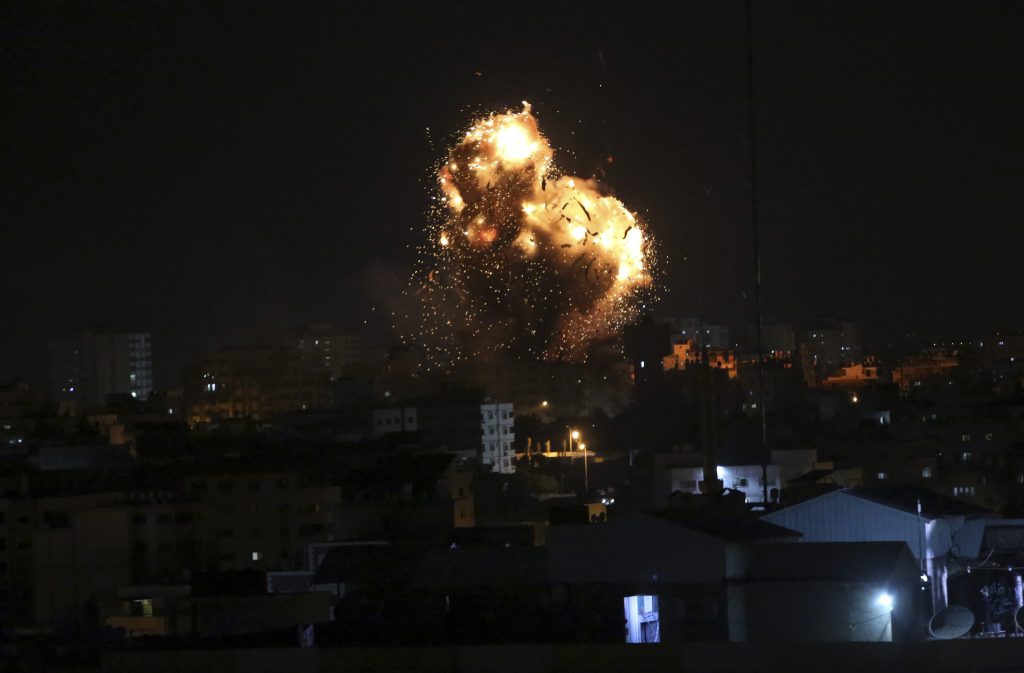 Air raid sirens were sounding in Ashkelon and other southern communities at just after 9:30 p.m. on Monday, sending thousands of Israelis to bomb shelters in another heavy barrage of rockets and mortars.

A spokesman for the Barzilai Medical Center in Ashkelon said over 50 people were admitted for treatment in the wake of the latest rocket attack.

Many of the victims suffer from post-traumatic stress and seven from injuries caused by shrapnel, The Times of Israel reported.

In the past six hours, the IDF reports that Iron Dome has brought down dozens of rockets out of the more than 300 which were launched against Israel, the most massive barrages ever recorded there.

Meanwhile, some of the personal reactions of Israelis caught in the rocket barrages were heard on local radio and news outlets.

“I was sitting [in my living room]. There was a siren and I went into the fortified room,” Ruti Mozgorshvili, whose Ashkelon home was hit, told the Walla news site. “The rocket fell through the living room. I didn’t even get a chance to close the safe room’s window.

“There was total darkness because of a power outage,” she said. “I heard a strong boom, which was unforgettable.” When she exited the room, “I heard people yelling, ‘Get outside, get outside,’” said Mozgorshvili.

“Afterward, I understood that my home was damaged,” she said.

Dvir Sasi, 19, told Army Radio of the terror in Sderot:

“It doesn’t matter that I’ve lived here for 19 years, it was nerve-wracking,” he said. “I felt like they were trying to kill me. It was a full half hour of explosions.

“Do I need to die for there to be a response?” he continued angrily. “Does someone need to get hurt for [the government] to wake up? I expect a sharp response from the government.”

“The emotional harm is too much to bear,” Sderot resident Bilha Maman told the radio station. “We keep trying to rebuild and it keeps on being set back [by another war]. It is unacceptable that Hamas is running this country.”

“We must destroy the murderous regime of Hamas,” he said in an interview with Army Radio. “They won’t suddenly don Dutch dress and give out chocolates.”

After a rocket directly struck a house in Netivot, one resident told the Kan public broadcaster that he wanted to send a message to the Israeli leadership: “Instead of sitting and having cabinet meetings, start moving. Wake up, they hate us.”