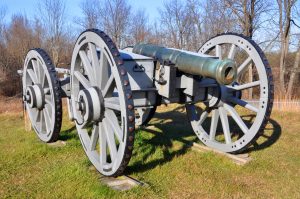 A group of U.S. military veterans will conduct an archaeology project at the site of the Revolutionary War’s Battles of Saratoga.

American and British forces fought two battles in September and October 1777. The second was fought at what is known as the Barber Wheatfield.

Park officials say veterans will use metal detectors to survey that battleground with the assistance of archaeologists. They’ll then catalog and document any artifacts found.

Officials say getting veterans involved in archaeological projects gives them the opportunity to help further the understanding of American history.

The project is partially funded by a grant from the Washington, D.C.-based American Battlefield Trust.