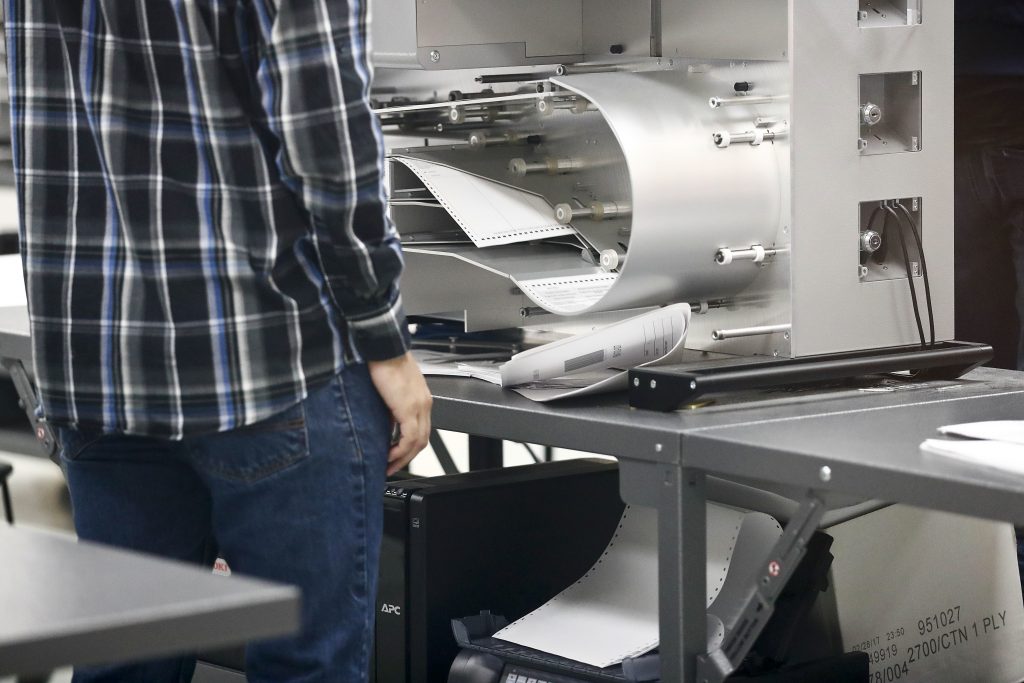 The first election workers have begun the enormous task of recounting ballots in Florida’s bitterly close races for the U.S. Senate and governor, ramping up their efforts after the secretary of state ordered a review of the two nationally watched contests.

Miami-Dade County election officials began feeding ballots into scanning machines Saturday evening. The tedious work in that one South Florida county alone could take days, considering some 800,000 ballots were cast. Multiply that by 67 counties in the nation’s third most populous state, and the scope of the task was beginning to sink in Sunday.

The Florida secretary of state ordered the recounts Saturday, an unprecedented step for the two flagship races in a state that took five weeks to decide the 2000 presidential election. Secretary of State Ken Detzner’s office said it was unaware of any other time either a race for governor or Senate in Florida required a recount, let alone both in the same election.

Florida’s 67 counties can decide when to begin their recounts, but must complete them by Thursday. Elections officials in two large counties in the Tampa Bay area — Pinellas and Hillsborough — said they would begin recounts Sunday morning.

The recount opens against a backdrop of political tensions. President Donald Trump on Saturday tweeted that the elections were being stolen. Angry protesters gathered at an elections office in Broward County on Saturday, waving signs and shouting with bullhorns.

Following the announcement of a recount, Gillum withdrew his concession in the governor’s race.

“Let me say clearly, I am replacing my words of concession with an uncompromised and unapologetic call that we count every single vote,” he said, adding that he would accept whatever outcome emerges.

In a video statement released Saturday, DeSantis said the election results were “clear and unambiguous” and that he was preparing to become the state’s next governor. He also thanked the state’s supervisors of elections, canvassing boards, and the staffs for “working hard to ensure that all lawful votes are counted.”

“It is important that everyone involved in the election process strictly adhere to the rule of law which is the foundation for our nation,” he said.

In the Senate recount, Scott implored the state’s sheriffs to “watch for any violations and take appropriate action” during the recount.

Scott and his supporters, including Trump, have alleged that voter fraud is underway in Democratic-leaning Broward County, where the Republican lead has narrowed since Election Day. There’s no evidence of voter fraud and the state’s election division, which Scott runs, said Saturday that its observers in Broward had seen “no evidence of criminal activity.”

The Florida Department of Law Enforcement said Friday it has not launched any investigation into election fraud.

The scene recalled the 2000 presidential recount, when it took more than five weeks for Florida to declare George W. Bush the victor over Vice President Al Gore by 537 votes, and thus giving Bush the presidency.

Florida was mocked for the way it handled the infamous 2000 recount, especially since there was no uniform process then on how to proceed. That has changed, with the Legislature passing a clear procedure on how a recount should be conducted.

Florida is also conducting a recount in a third statewide race. Democrat Nikki Fried had a 0.07 percentage point lead lead over Republican state Rep. Matt Caldwell in the race for agriculture commissioner, one of Florida’s three Cabinet seats.