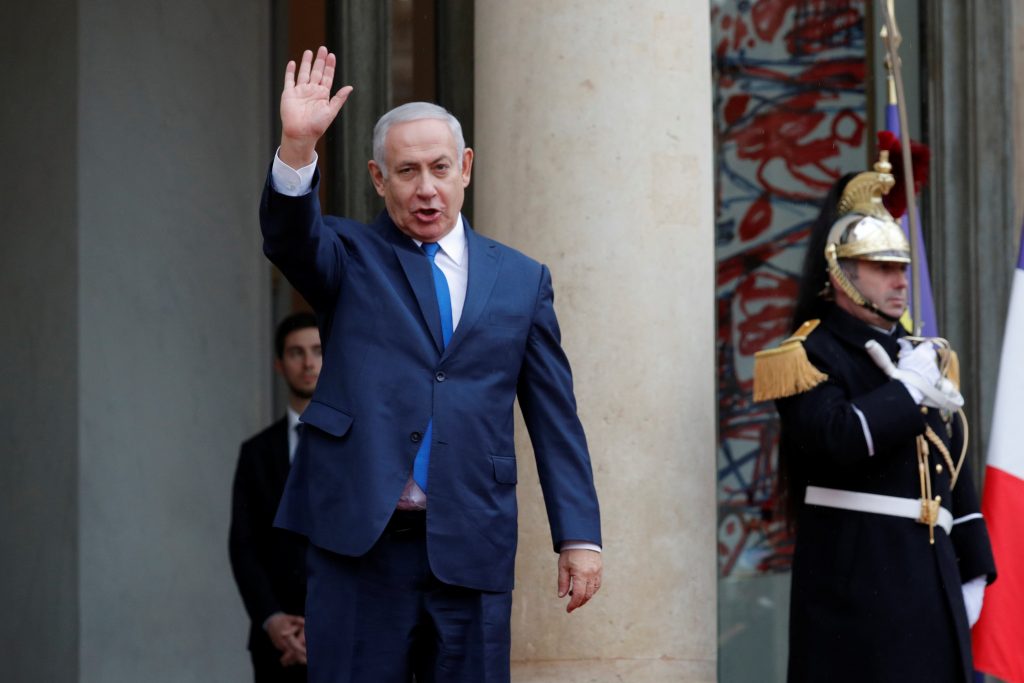 Israeli Prime Minister Binyamin Netanyahu expressed pessimism on Sunday about the prospect of any long-term peace in Gaza.

Speaking with Israeli journalists at his Paris hotel after a formal ceremony to mark the 100th anniversary of the end of World War I, the prime minister said, “There are organizations [Hamas] with whom you cannot enter into a long-term agreement.”

The efforts being made to restore calm along the Gaza border are tactical, not strategic.

‘I am not afraid of a war, but I want to prevent one if I can,” Mr. Netanyahu said. “I am working in every way possible to return the calm” to the southern border with Gaza, he said.

The statements provoked immediate reaction from Zionist Camp leader Avi Gabbay, who said that ” prime minister who says there is no political solution to Gaza…there is a solution, it is a comprehensive plan for the return of Gaza to the PA,” Gabbay said and called for Netanyahu’s resignation as part of the solution.

Mr. Netanyahu was typically upbeat about Israel’s standing in the international community, reflected, he said, in the honors he was accorded in Paris, including the seating arrangements.

“I am very proud that I came to represent the State of Israel in this important event, and I thank President Macron for inviting us. I think that there is no better evidence of the State of Israel’s standing in the world than the way we were accepted in this event, from the place we received, literally, in the first line of countries. I see this as a great compliment to the State of Israel and its achievements.

“This was, of course, followed by lunch, before which there was a meeting with many leaders, almost all of whom were interested in strengthening ties with Israel, who came to me in the morning before the ceremony and now at lunch. Some of the conversations were short while others were longer and extended. They want to strengthen the political, economic, and technological and security ties with the State of Israel.

“I spoke to many leaders, of course with President Trump and with President Putin. I think these things are important to the State of Israel and to our national interests.

“The way in which we were received is very significant. At the table, of course, I also sat next to the German Chancellor Angela Merkel, alongside the President of Italy and the Governor General of Australia. But what was very interesting was a number of African leaders who spoke about the importance of cooperation with Israel and the way it could, of course, help their countries. I heard this from countries in Eastern Europe, Western European countries, African countries, Latin America, leaders who came and spoke without question that Israel is a rising force in the world. If someone needed proof, I would say, come to Paris.”