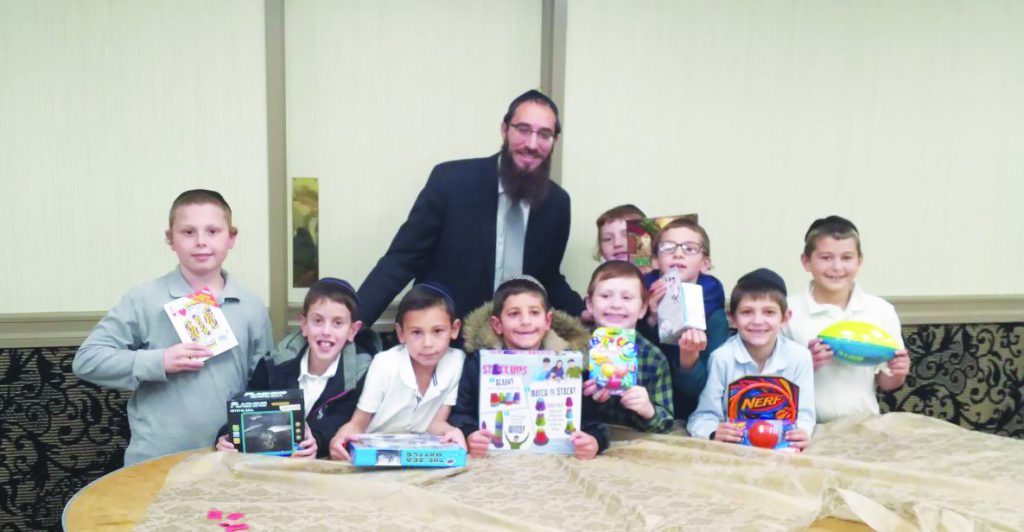 The fourth Peh Tahor Live Event was held at Congregation Shaaray Tefila in Lawrence and 150 boys from many local yeshivos attended. It was a tremendous kiddush Hashem.

The program began with Tehillim, using the power of peh tahor to daven for all sick children who cannot attend programs such as this.

The boys were then treated to a powerful and entertaining story by Rabbi Feivish Rotbard, a Rebbi in Yeshiva Ketana of Long Island, who told a story about how maintaining a peh tahor even saved someone’s life! During the story, cotton candy was given out.

The Peh Tahor boys sang the PT Niggun: “Peh tahor, opens the door, for our tefillos to be accepted above! Peh tahor, earns us more, respect and honor from all of our friends!”

The program ended with a raffle, where boys won prizes which included Battleship, Juggling Balls, and more. Each boy left with a special pen with the Peh Tahor slogan, as a reminder to always use a peh tahor wherever they are.

Every special boy who came is truly a winner in Hashem’s eyes for being a part of this powerful program! A special thank you to the following boys who came to help set up, clean up, and make sure the program ran smoothly so all the boys could enjoy: Gavriel and Yehuda Nussbaum, Avigdor Jungreis, Tzvi Lee, Meir Simcha Sprung, Shmuel Feintuch and Pinchas Posnick.

Peh Tahor appreciates Mr. and Mrs. Ephraim Tempelman, Mr. and Mrs. Nochum Wolf, and an anonymous sponsor who helped make this event such a success.