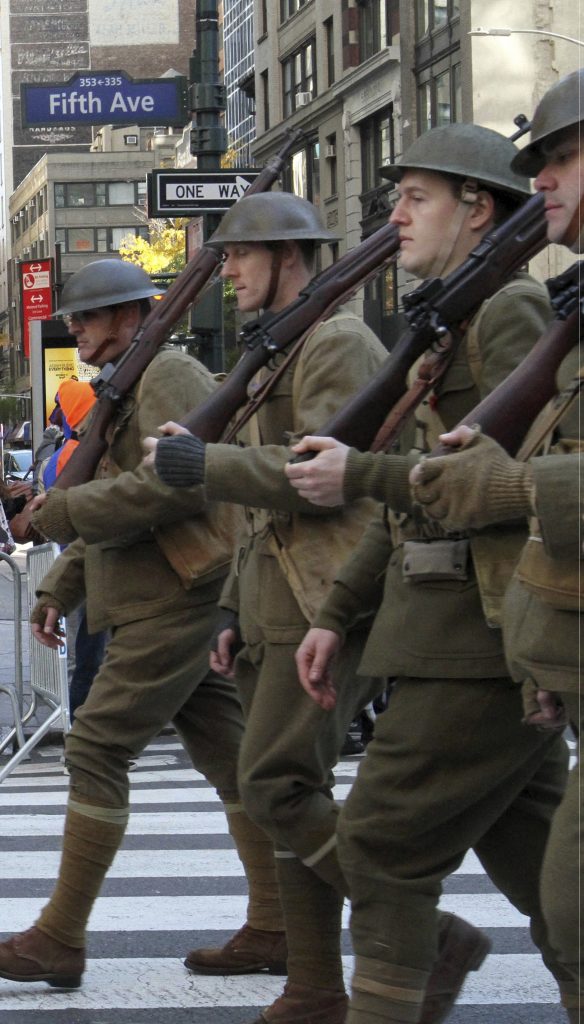 Marchers accompanied by floats made their way up Manhattan’s Fifth Avenue on Sunday.

Among those in the parade was a group carrying a giant flag that was displayed at the World Trade Center site in the aftermath of the Sept. 11 attacks.

The grand marshal was U.S. Army veteran Florent Groberg, who was awarded the Medal of Honor for his service in Afghanistan.

The parade also commemorated the 100th anniversary of the end of World War I.

On the sidelines, families of those serving or who have served carried pictures or other mementoes of their loved ones.