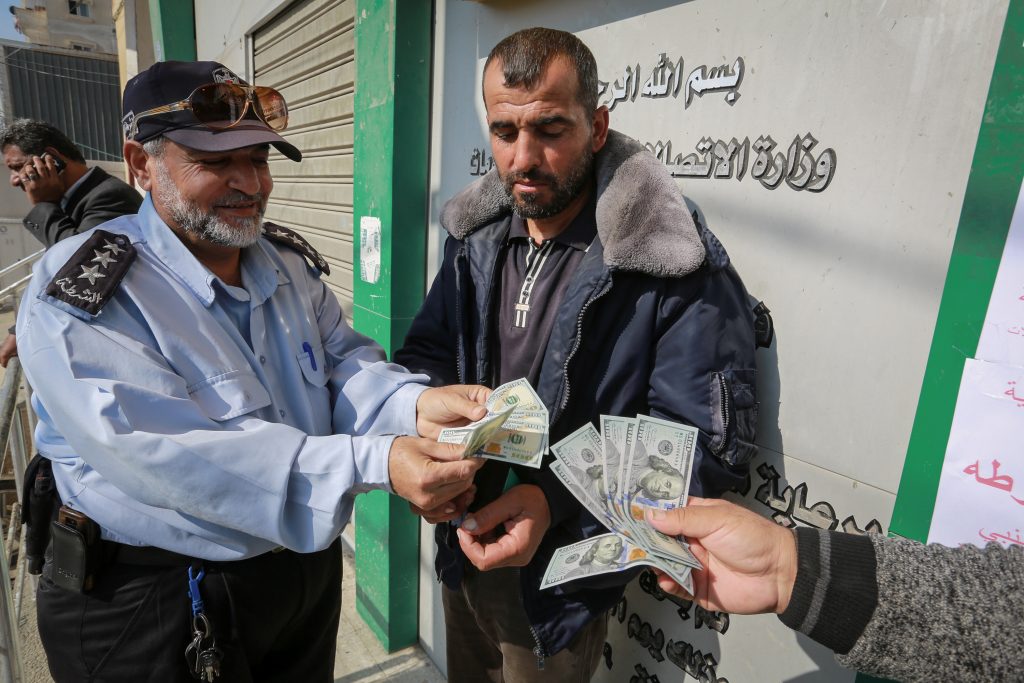 If the images of Hamas terrorists waving packets of dollars around – the dollars that Israel allowed into Gaza on Thursday – were embarrassing to him, Prime Minister Binyamin Netanyahu did not let on when he spoke to reporters Motzoei Shabbos before flying to Paris. “I do what I can with the cooperation of the security establishment to bring quiet to the southern border. This is a process. We also want to prevent a humanitarian crisis.”

One of the conditions Hamas has posed for the restoration of quiet at the Gaza border has been the transfer of Qatari funds to pay salaries for its many employees, and last week, that demand was satisfied – in cash, with Kan News broadcasting images of several large black suitcases being loaded into the back seat of a limousine on the Israeli side of the Gaza border fence, with the vehicle driving through the Kerem Shalom crossing into Gaza.

Critics on both the right and left criticized the government for participating in a “mafia-style” cash transaction with the terror organization. Defense Minister Avigdor Liberman slammed the transfer, calling it “a surrender to terror, with Israel attempting to buy quiet with cash. The benefit, if any, will be short-term, but the damage will be long-term.”

But Netanyahu justified the transfer before taking off for Paris. “It’s a question of alternatives,” he said. “We have other issues to deal with and we are handling this as responsibly as possible. Every action has a price, and when you lead on a certain issue there is a price. If you cannot handle the price, you can’t lead. I can handle the price” of leadership,” he said.