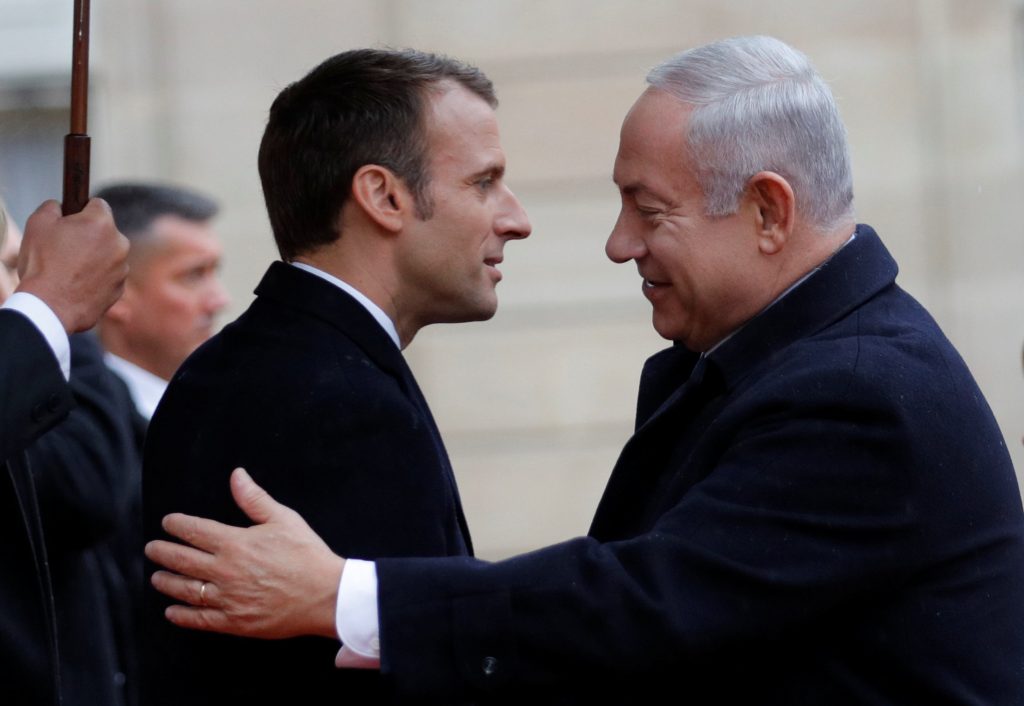 The leaders, who attended Armistice commemorations in the French capital, met for the first time since the accidental shooting down of a Russian surveillance plane in Syria by Israel in September.

At a later press conference, Netanyahu said the talks with Putin were “good and substantive and even very important.”

Netanyahu’s office had been working to arrange a meeting between the two leaders.

Russia blamed Israel for the downing of the plane — a charge rejected by Israel — and sent advanced S-300 anti-aircraft systems to Syria in the wake of the incident, in which 15 Russian servicemen were killed. Israel has rebuffed a Russian claim that its jets hid behind the Russian reconnaissance aircraft.

Last week, Israel’s Kan broadcaster reported that Russia canceled a tentatively arranged sit-down between Putin and Netanyahu due to its continuing anger over Israeli airstrikes in Syria. The Prime Minister’s Office did not deny the report, but told Kan that France had requested that meetings not be held on the sidelines of the memorials in Paris. In the end, a meeting was held.