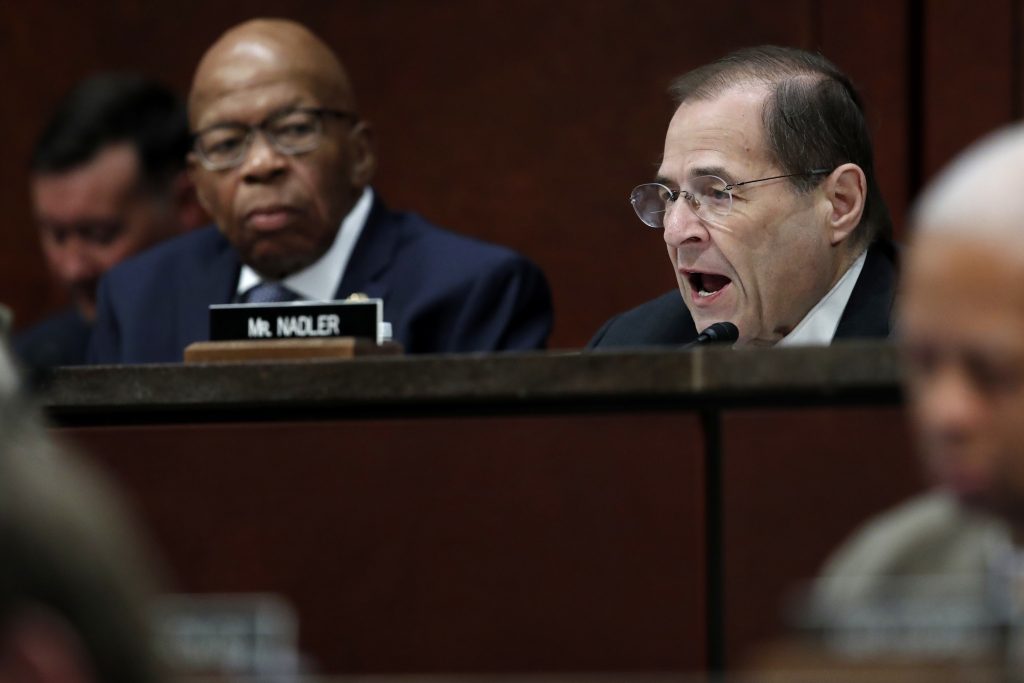 Now that Democrats have captured control of the House for the next two years, the party’s most senior members are poised to regain the wide-ranging power of committee chairmanships.

While some of the Democrats have gained fame in feuds with President Donald Trump, others are relatively little-known outside of Capitol Hill.

A look at the Democratic lawmakers expected to wield the gavels and shape the party’s top priorities:

Nadler, 71, has been in Congress since 1992 and has served on the Judiciary Committee for much of that time. He represents a large swath of Trump’s hometown of New York.

He is expected to make one of his first priorities as chairman protecting special counsel Robert Mueller’s investigation and requesting that Mueller’s materials are preserved in case he is fired. Nadler said Sunday on that Matthew Whitaker, whom President Trump named acting attorney general last week, “should recuse himself” from the Mueller probe because he “expressed total hostilities to the investigation” and “if necessary”, the Judiciary Committee will “subpoena” him to appear before the committee

The Judiciary panel would also oversee impeachment proceedings, if Democrats decided to move in that direction. But Nadler has expressed caution about the idea, saying there would have to be “overwhelming evidence” from Mueller and some bipartisan support.

The panel is also expected to look into family separation at the border and the Trump administration’s management of the Affordable Care Act.

Cummings, 67, will likely head the committee that could make life the toughest for the Trump White House because of its broad investigative powers.

Cummings would likely seek Trump’s business tax returns and other company-related financial records. He said he will work to make the president accountable, but will also challenge Republicans to uphold their oversight responsibilities, saying, “I think we as a body can do better.”

The Maryland Democrat, who represents parts of Baltimore city and most of Howard County, has said he would also like the committee to examine prescription drug prices and whether some states have engaged in voter suppression.

“We cannot have a country where it becomes normal to do everything in Trump’s power to stop people from voting,” Cummings said on Sunday.

He would also seek to bring Commerce Secretary Wilbur Ross before the committee to testify about the decision to include a citizenship question in the 2020 census.

Engel, 71, who represents parts of the Bronx and New York City’s northern suburbs, has been a consistent critic of the president’s foreign policy. He has told colleagues that one of his top priorities will be to investigate where the Trump administration’s foreign-policy actions are intertwined with the president’s business interests. Protecting the State Department is also a priority for him, including looking into whether career officials have been “purged” because they were deemed insufficiently loyal to the president.

Lowey, 81, would be the first woman to oversee the committee that determines where the federal government spends its money. The New York Democrat, who represents the lower Hudson Valley, said the committee will seek to increase funding for infrastructure and for safety-net programs such as Head Start and Pell grants. The committee will also work to increase budget caps so lawmakers can avoid steep cuts to defense and nondefense programs.

The committee can also conduct oversight of any Trump administration action that involves government funding, such as how much Cabinet members are spending on travel or how much it is costing the Pentagon to send troops to the U.S.-Mexico border.

Schiff, 58, represents parts of Los Angeles, including Hollywood and Burbank. As the top Democrat on the intelligence panel, he has been one of Trump’s favorite foils in Congress. Schiff has repeatedly criticized the House’s Russia investigation, which his GOP colleagues conducted, saying it was inadequate.

Now Schiff will get his chance to conduct his own targeted investigation into Trump’s 2016 campaign and its ties to Russia. He has said that he wants to look at whether Russians used laundered money for transactions with the Trump Organization. He also wants more information about communications the president’s eldest son, Donald Trump Jr., had with his father and others about a June 2016 meeting between Trump campaign officials and a Russian lawyer.

Waters, 80, is expected to chair a committee with oversight of banks, insurers and investment firms. She has opposed Republican-led efforts to roll back the Dodd-Frank financial reform law and is promising colleagues that she will prioritize protecting consumers from abusive financial practices. The California lawmaker, whose district centers on south Los Angeles County, can also conduct aggressive oversight of the Consumer Financial Protection Bureau and steps it has taken to reduce enforcement actions against student lenders, pay-day lenders and others.

The president railed against Waters on the campaign trail this year, frequently mentioning her during his rallies. Waters accuses Republicans of serving as Trump’s “accomplices.”