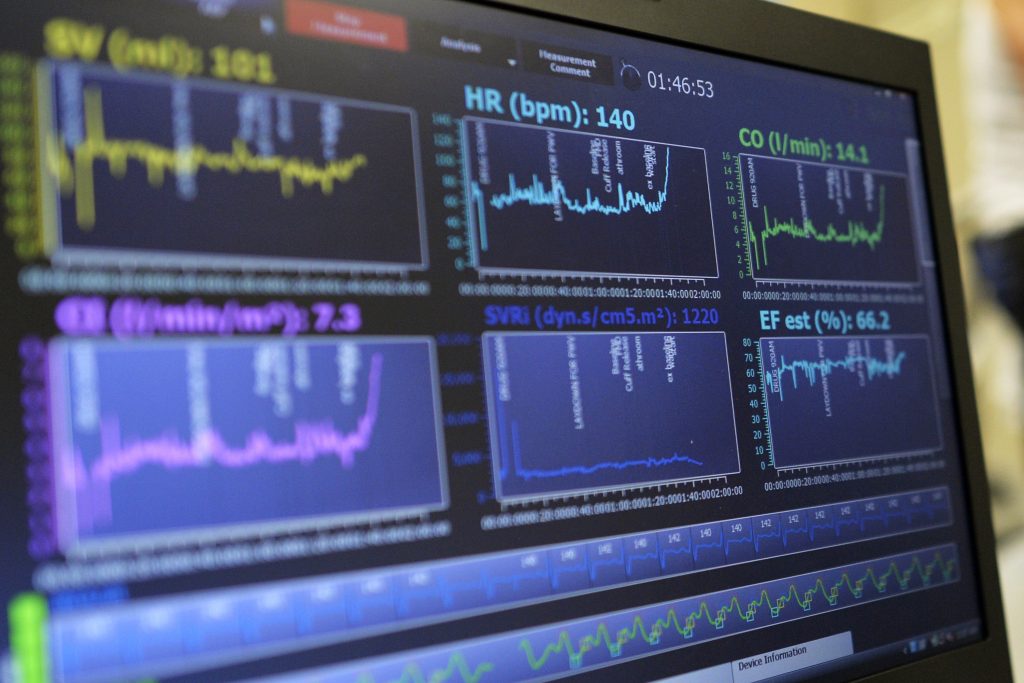 Fish oil, vitamin D, novel drugs, new cholesterol guidelines: News from an American Heart Association conference over the weekend reveals a lot about what works and what does not for preventing heart attacks and other problems.

Dietary supplements missed the mark, but a prescription-strength fish oil showed promise. A drug not only helped people with diabetes control blood sugar and lose weight, but also lowered their risk of needing hospitalization for heart failure.

Good news for everyone: You no longer have to fast before a blood test to check cholesterol. Don’t stop at the doughnut shop on your way to the clinic, but eating something before the test is OK for most folks, the guidelines say.

They’re from the Heart Association and the American College of Cardiology and are endorsed by many other doctor groups. No authors had financial ties to drugmakers.

Here are highlights from the conference, which wraps up Monday:

Heart disease is the leading cause of death worldwide. High cholesterol leads to hardened arteries that can cause a heart attack or stroke. When guidelines were last revised five years ago, they moved away from just using cholesterol numbers to determine who needs treatment and toward a formula that takes into account age, high blood pressure and other factors to more broadly estimate risk.

That was confusing, so the new guidelines blend both approaches, setting targets based on the formula and considering individual circumstances, such as other medical conditions or a family history of early heart disease.

“It will never be as simple as a single cholesterol number,” because that doesn’t give a clear picture of risk, said one guideline panel member, Dr. Donald Lloyd-Jones of Northwestern University.

If treatment is needed, the first choice remains a statin such as Lipitor or Crestor, which are sold as generics for a dime a day. For people at high risk, such as those who have already had a heart attack, the guidelines suggest adding Zetia, which is also sold as an inexpensive generic, if the statin didn’t lower cholesterol enough.

Only if those two medicines don’t help enough should powerful but pricey newer drugs called PCSK9 inhibitors be considered. Many insurers limit coverage of them — Repatha, sold by Amgen, and Praluent, sold by Sanofi and Regeneron — and the guidelines say they’re not cost-effective except for folks at the very highest risk.

Finally, if it’s unclear whether someone needs treatment, the guidelines suggest a coronary artery calcium test, which looks for hardening of the arteries, to help decide. It’s a type of X-ray with a radiation dose and costs $100 to $300, which most insurers do not cover. Lloyd-Jones and others defended its use.

“Half of people will have a zero calcium score and can avoid a statin very safely,” a quarter will score high and need treatment, and the rest will need to weigh options with their doctors, he said.

The Cleveland Clinic’s Dr. Steven Nissen, who had no role in the guidelines, called them a big improvement but disagreed with “using a test that involves radiation to decide whether to give a drug that costs $3 a month,” referring to the price of statins. A cheap test to check for artery inflammation would be better, he said.

In a study of 26,000 healthy people, 1 gram a day of an EPA/DHA combo, a dose and type found in many dietary supplements, showed no clear ability to lower the risk of heart problems or cancer.

But another study testing 4 grams a day of Amarin Corp.’s Vascepa, which is concentrated EPA, found it slashed heart problems in people at higher risk for them because of high triglycerides, a type of fat in the blood, and other reasons. All were already taking a statin, and there’s concern about the results because Vascepa was compared to mineral oil, which can interfere with statins, and may have made the comparison group fare worse. Still, some doctors said Vascepa’s benefits seemed large enough to outweigh that worry.

The study that tested the lower amount of fish oil in the general population also tested vitamin D , one of the most popular supplements, and found it did not lower the risk of cancer or heart problems.

“I think we need to accept that that’s a good test” and that the vitamin is not worthwhile, said Dr. Jane Armitage of England’s Oxford University. “We do not see any benefit.”

“Don’t waste your money on those supplements,” which are not well regulated and are of varying quality, said Dr. Deepak Bhatt of Brigham and Women’s Hospital in Boston.

People with diabetes often die of heart disease or heart failure, and new diabetes medicines are required to be tested in large studies to show they don’t raise heart risks. One such medicine, Jardiance, surprised doctors a few years ago by lowering the risk of heart attacks and strokes. A second medicine, Invokana, later showed similar benefits but with some worrisome side effects.

A new study tested a third drug, Farxiga, in more than 17,000 diabetics with other heart risk factors and found a lower rate of hospitalization for heart failure or death from heart-related causes — 5 percent among those on the drug versus 6 percent in a placebo group after four years of use. That’s on top of the drug’s known benefits for controlling diabetes.

Certain infections and a serious buildup of acids in the blood were more common with Farxiga but these were rare and are known complications of the drug. It costs about $15 a day, about the same as similar medicines. Farxiga’s maker, AstraZeneca, sponsored the study and many study leaders consult for the company.

One independent expert, Dr. Eric Peterson, a Duke University cardiologist and one of the conference leaders, said doctors have been eager to know if the earlier studies suggesting these drugs might help hearts were a fluke. Results from the new study, the largest so far, “could make this class of drugs much more standardly used” for diabetics with high heart risks or heart failure, he said.