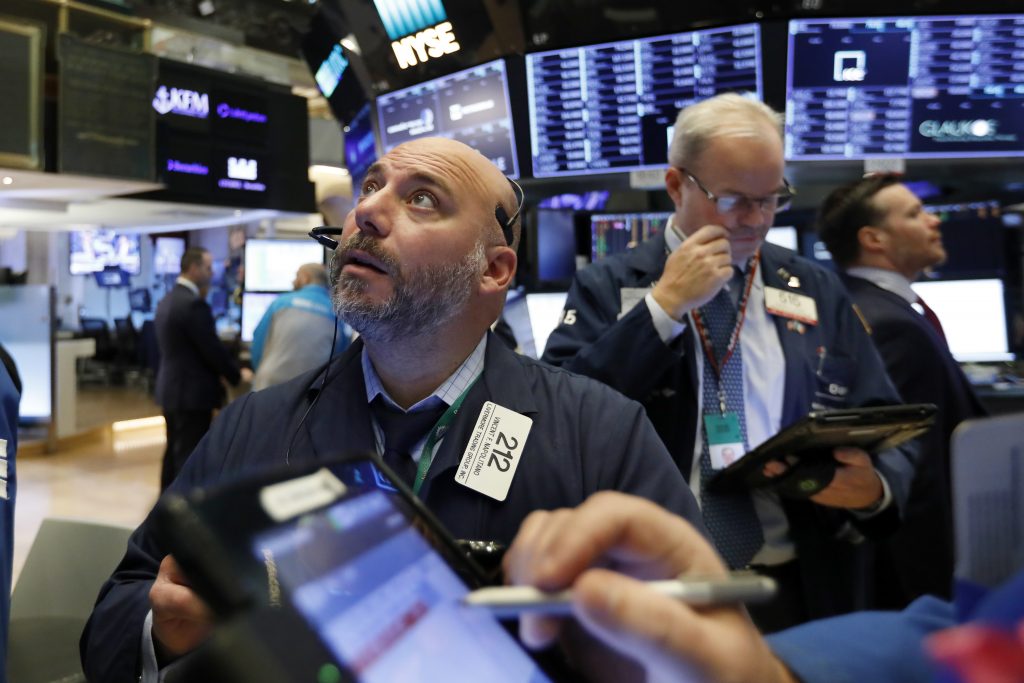 Energy companies are also lower as crude oil heads for its 10th drop in a row. The price of oil has been falling steadily since early October and is now trading at its lowest price since April, causing steep losses for energy companies in recent weeks.

Stocks have fallen over the last two days but are still on track for strong weekly gains.

Even after falling on Thursday and Friday, the S&P 500 is still up 1.9 percent this week. It rose 2.4 percent last week but would need to gain another 5.6 percent to reach the all-time high it set on Sept. 20.

YELP OF PAIN: Online reviews company Yelp nosedived after it posted weak third-quarter revenue and its forecast for the fourth quarter also fell short of Wall Street’s estimates. The company said part of the problem is an advertising model that is intended to encourage advertisers to try the site without signing a long-term contract. Yelp said that has made its results more sensitive to short-term problems. Its stock fell 28.5 percent to $31.09.

PRICE POWER: U.S. wholesale prices rose by the most in six years in October. The Labor Department said its producer price index jumped 0.6 percent as gas, food and chemical prices increased. Its index has climbed 2.9 percent over the last year.

PIPELINE WOES: A federal judge blocked a permit from the Trump administration for the construction of TransCanada’s Keystone XL pipeline, pending an environmental review. The long-delayed pipeline would begin in Alberta and shuttle as much as 830,000 barrels a day of crude through a half-dozen states to terminals on the Gulf Coast. U.S. District Judge Brian Morris put on hold the $8-billion project, ruling that the potential impact had not been considered as required by federal law. Environmentalists and Native American groups sued to stop the project, citing property rights and potential oil spills.

The State Department issued a presidential permit for the pipeline in 2008, and after years of legal wrangling, President Barack Obama rejected the permit in 2015.