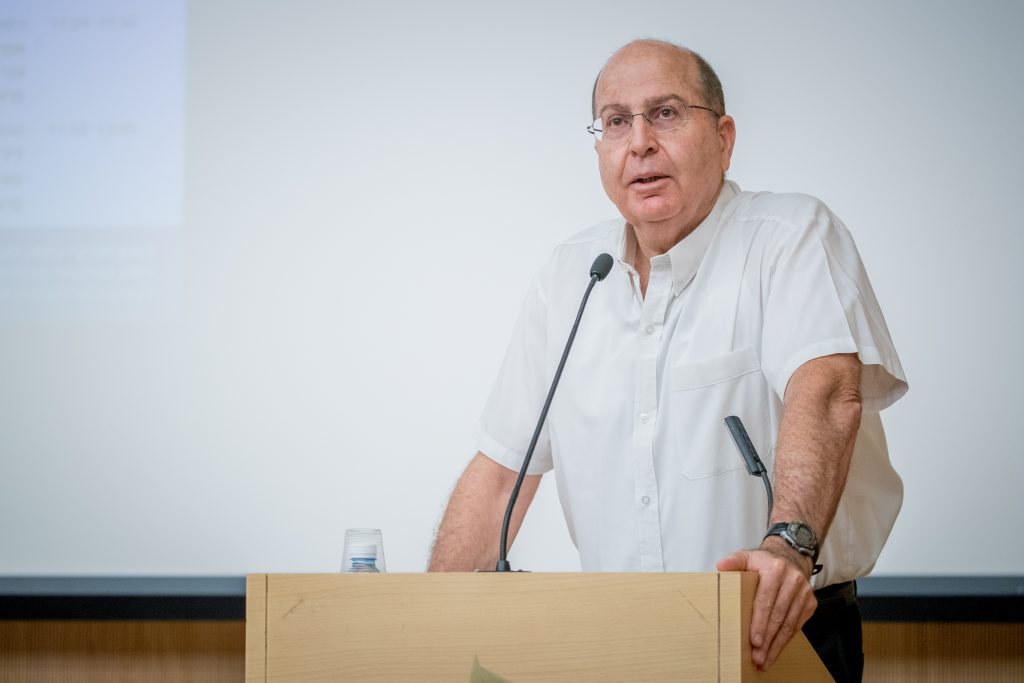 With the police investigation of Case 3000, also known as the Submarine Affair, complete – and the investigation exonerating Prime Minister Binyamin Netanyahu – questions have arisen about the testimony of Yesh Atid head Yair Lapid, and former IDF Chief of Staff Moshe Yaalon in the case. A police source told Yisrael Hayom that “what they said under questioning is different than what they are saying on social media.

After the announcement by police that they recommended indicting six former senior staff of the IDF and several confidants of Netanyahu, both Lapid and Yaalon took to social media and announced that the fault was all Netanyahu’s – and that he needed to resign, as he was really the “brains” behind the scandal.

Police on Thursday recommended that prosecutors file charges against the six individuals for bribery and influence peddling in their investigation into a bribery scandal surrounding Israel’s purchase of submarines from Germany. The six include former Deputy Director of the National Security Council Avriel Bar-Yosef; retired IDF Colonel and former head of Shayetet 13 Shai Brosh; former Israel Navy commander Elitzer Marom; former Netanyahu confidant and attorney David Shimron; former Minister Modi Zandberg; and former Netanyahu bureau chief David Sharan. Netanyahu’s current attorney, Yitzchak Molcho, was not named as a suspect. The charges against them include varying degrees of bribery, fraud, conspiracy to commit a crime, money laundering, and tax offenses. Netanyahu himself is not a suspect in the case.

That, however, was just a technical detail as far as Yaalon and Lapid were concerned. In a social media post, Yaalon wrote that “there was not one person in the defense establishment who was named in the investigation. The entire spectrum of corruption in this case surrounds Netanyahu and his office. These are people who preferred cash for themselves over the security of the country.”

Lapid wrote that “Netanyahu owes us all an explanation. What did he know and when did he know it? How could his closest advisers be involved in a scam in which millions of dollars were exchanged? How could he not have known?” Both implied that there was more to the story, and that the Prime Minister held the missing pieces of the puzzle – and that they could supply information about that.

But speaking to Yisrael Hayom, the police official said that the comments raised questions about the testimony both gave to police earlier this year in the case. The two testified in the case, and had the opportunity to present whatever evidence they had against Netanyahu – but did not. The gap between their current claims and their testimony was “of concern. What they told us in the questioning and what they are saying now do not match.”

In her own social media post, Shelly Tefairo, a reporter for Kan News, wrote that the “display of the two is no less disgusting to me than the recommendations themselves.” In their testimony to police, she said, the two tried to claim that the submarines were being bought just to line the pockets of Netanyahu’s advisers, and that there was no need for them – and that the Prime Minister knew this. However, they did not supply any evidence of this. “This entire issue is an ego battle between them and Netanyahu. It is all based on personal interests, and they have not uttered one word of truth about this story,” she wrote.