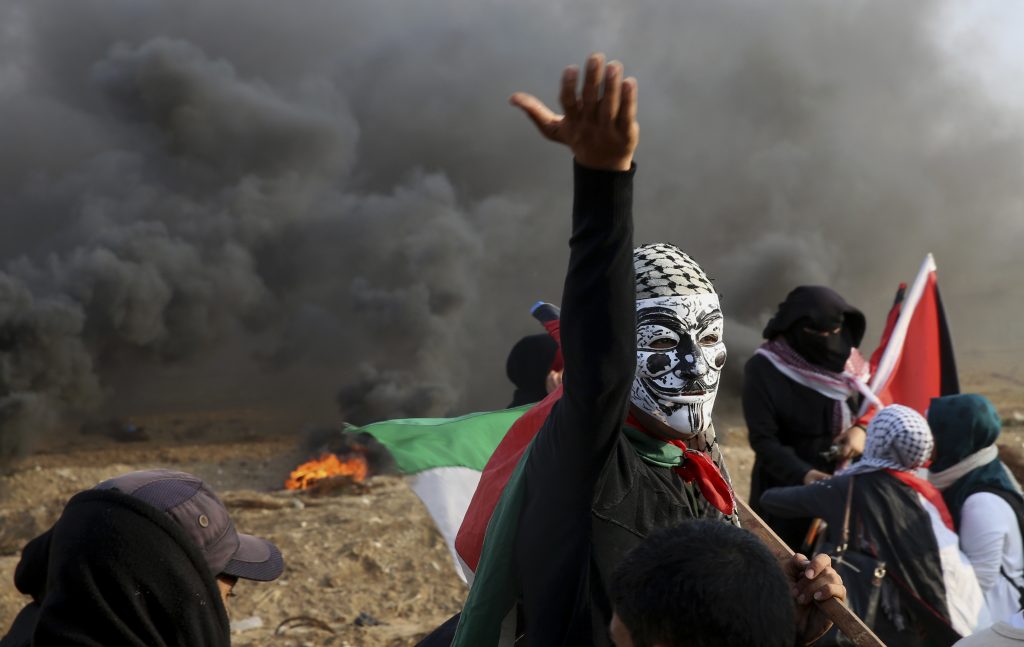 Gaza’s Hamas rulers lauded on Friday what they described as a gain of their weekly violent protests along Gaza-Israel perimeter fence, after receiving $15 million from Qatar to help pay the salaries of the territory’s civil servants.

“Today, we see some fruits of the protests — the partial breaking of the siege on Gaza,” Khalil al-Hayya, a senior Hamas official, told reporters at a protest in east Gaza City, referring to the grant. “We are still waiting for the implementation of all other understandings.”

Since March, the Islamic terror group has orchestrated weekly violent demonstrations along the fence, partly against a blockade Israel and Egypt imposed when it seized Gaza in 2007.

Qatar, Egypt and the United Nations, acting as go-betweens for Hamas and Israel, intensified their shuttle diplomacy in recent weeks after a full-blown war between Hamas and Israel appeared imminent.

The Qatari grant is part of indirect Hamas-Israel understandings to improve living conditions for Gaza’s 2 million people and subsequently scale down the border protests, in which 170 Palestinians and an Israeli soldier have been killed since they began in March.

The closure squeezed Hamas financially. Recent budget cuts by the West Bank-based administration of President Mahmoud Abbas have worsened the situation for Gaza’s rulers, preventing them from paying complete salaries to their 40,000 employees.

But on Thursday, a Qatari envoy brought the money through Israel in three suitcases. They were the first installment of $90 million that Qatar has pledged to cover salaries and other humanitarian operations for six months.

Employees reporting to the group lined up outside Hamas-affiliated banks and post offices — typically shut for the weekend on Fridays — to receive 60 percent of their long-overdue salaries. In recent months, they had instead received smaller stipends every 40 days. Hamas says the monthly disbursements will gradually increase.

Alongside the cash deliveries, Hamas demands an expansion of the permissible fishing zone off Gaza beach, uninterrupted flow of fuel to mitigate chronic power shortages and the lifting of Israeli restrictions on exports and imports, a Hamas official said.

For the second consecutive week, the Palestinians kept Friday’s protests carefully restrained, burning fewer tires and refraining from breaching the fence to avoid drawing a lethal response from the Israeli military.

The health ministry said 37 Palestinians were wounded with live gunshots during the marches.

The Qatari mediator, Mohammed Al-Emadi, visited a protest camp in east Gaza City, where he was welcomed by Hamas officials.