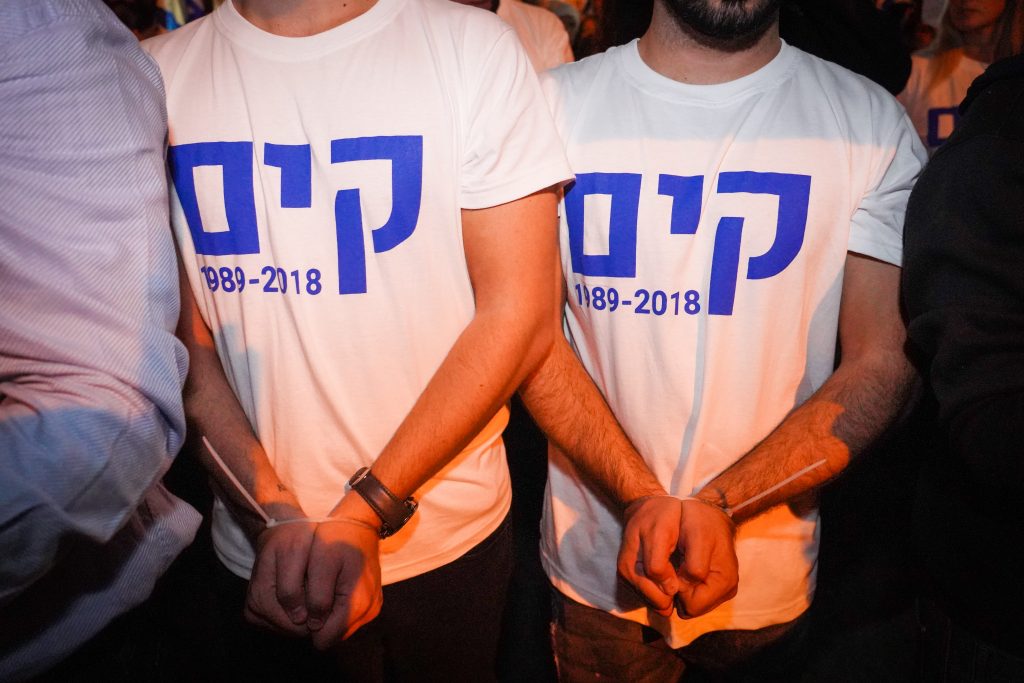 MKs and officials on the right are up in arms over an order by the High Court Thursday freezing the demolition of the house belonging to the family of Ashraf Nalaweh, the terrorist who killed Israelis Kim Levengrond Yechezkel, Hy”d, and Ziv Hajabi, Hy”d, in a terror attack at the Barkan Industrial Zone in Shomron last month. The state has ten days to show the court why the house should be demolished, considering that no charges have been filed against Nalaweh, and he is not even custody.

A petition to halt the demolition procedure was filed by leftist groups Tuesday, almost immediately after IDF Central Command head, Nadav Padan, signed an order for the partial demolition of Nawaleh’s home, which related to the first floor and basement of the home in the village of Shweka near Tul Karem.

Previously, there had been much criticism of the partial demolition order, with many calling for the entire house to be demolished. In a phone conversation released earlier this week on Hadashot News, Rafi Levengrond, the father of Kim Levengrond Yechezkel, is heard criticizing the Defense Ministry and Minister Avigdor Liberman, saying that a partial demolition was no better than leaving the building intact.

Now, however, even the partial demolition may not take place. Speaking to reporters Friday, Levengrond said that the court’s action was “unbelievable. I am a proud Jew living in a country where there is no justice, and no mercy. I am considering giving up my Israeli citizenship. I do not wish to be part of this disgusting system, where ‘justice’ is proclaimed by ‘leaders’ who have not a drop of shame.”

In its decision, said Jewish Home MK Moti Yogev, the court “is complicit in the acts of the next murderer. Every time the courts prevent the demolition of terrorists’ homes it harms Israel’s ability to instill fear into the hearts of terrorists. Unfortunately, today the terrorists do not fear us, but we fear the High Court. I, along with party chairperson Naftali Bennett, intend to introduce legislation to prevent this from happening again,” Yogev said.

MK Avi Dichter (Likud), chairperson of the Knesset Foreign Affairs and Defense Committee, said that “a terrorist needs to understand that if he carries out an attack, his house will be demolished – no questions asked. The situation that currently reigns in this area is illogical. We will act to change that.” MK Anat Berko (Likud) added that “the terrorist’s house should have been demolished immediately after the attack. We are treading on very thin ice here when it comes to defending Israelis.”